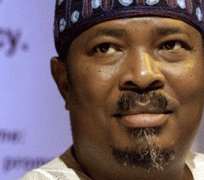 The Economic and Financial Crimes Commission has granted the Publisher of ThisDay Newspapers, Mr. Nduka Obaigbena, an administrative bail.

The  EFCC's Special Task Force investigating arms procurement scam under the former administration of President Goodluck Jonathan, it was learnt, had been interrogating Obaigbena since Tuesday.

The publisher is being investigated by the commission over the N670m he allegedly collected from the office of a former National Security Adviser, Col. Sambo Dasuki (retd.).

A reliable source at the commission said that he was released on Wednesday evening after he allegedly agreed to refund the money he collected from Dasuki.

The money was part of the $2.1bn meant for the purchase of arms for the military to prosecute the war against the Boko Haram sect.

He was said to have reported on Tuesday to one of the two EFCC teams involved in the ongoing arms probe at the Idiagbon House headquarters of the commission.