Blackface Accusing Me is So Unfortunate…2Baba Speaks 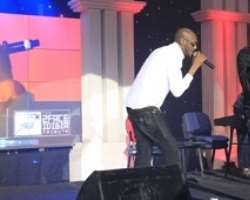 The past few weeks in the month of January has not been easy in the Nigerian entertainment industry as it has been stormed with various unhealthy controversies.

The latest is been between former Plantashun Boiz star Blackface, with Wizkid and then dragging fellow music partner 2Baba into his alleged intellectual property theft.

Blackface who made a return to the music scene with a new single titled Killah in which he accused Starboy artiste Wizkid of stealing songs from him launched another series of accusations against former group member 2baba idibia, claiming the singer also stole his song.

2Baba has continued to show maturity all along until he eventually cleared the air on the issue when he was interviewed on Channels TV, where he described the incident as unfortunate.