GOCOP raises alarm over what describes as “bunch of charlatans, blackmailers” masquerading as online publishers 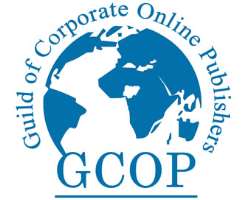 The Guild of Corporate Online Publishers (GOCOP) on Sunday described as unfortunate and ridiculous a statement credited to members of the Online Publishers Association of Nigeria (OPAN) with respect to the meeting held on Friday between the Minister of Information and Culture, Alhaji Lai Mohammed, and Online Publishers in Lagos.

Besides, GOCOP decried a deliberate attempt by OPAN to distort facts relating to its formation.

It further expressed shock at the orchestrated campaign aimed at dragging the name of the President’s Special Adviser on Media and Publicity, Femi Adesina, a thoroughbred professional, in the mud by members of a group it described as charlatans who have taken their deceit of being professional journalists too far.

GOCOP made its position known in a statement by its Acting President, Musikilu Mojeed; General Secretary, Dotun Oladipo; and Publicity Secretary, Olumide Iyanda.

It said not all members of OPAN can be described as professional journalists.

Rather, it said many of those who make up the organisation are people who worked on the fringes in media houses and have taken to online journalism principally as tool for blackmail and extortion of money.

It said this is even reflected in the membership of the association’s Board of Trustees, which is made up of a columnist with The Guardian and former Special Adviser on Media and Publicity to former President Goodluck Jonathan, Dr. Reuben Abati; some unknown lawyers; engineers; and Indians.

GOCOP said the statement credited to OPAN was clearly attention-seeking and part of the carefully planned strategies to embarrass the current government and blackmail it into giving it undeserved recognition.

It said this is more so that OPAN, especially its leadership, is made up of people with questionable characters.

The statement said: “These are people who have spent months and days in Kirikiri Prisons in Lagos State and the dungeon of the Department of State Services for attempt to blackmail and extort money from eminent Nigerians, including prominent businessman, Femi Otedola; and a former Governor of Niger State, Dr. Babangida Aliyu.

“These are people who did not work for a single day as professional journalists, but as marketers, personal assistants and cameramen in media houses.”

Recalling the early days of the formation of GOCOP, the statement said the leadership of the online organisation, made up of seasoned journalists, with many boasting of over 25 years experience and rising to become Editors and Desk Heads of renowned newspapers, became aware of the “existence” of OPAN after it made moves to register with the Corporate Affairs Commission.

It recalled that a team of its officials, made up of a former President, Malachy Agbo, who is now the Chairman of Igbo Etiti Local Government Area of Enugu State, and Oladipo, met with the so-called President of OPAN, Olufemi Awoyemi, in his office in Lagos State to see how the emerging group could fuse into the existing one.

However, the GOCOP group came out shell shocked with the revelations from the meeting.

Awoyemi said OPAN was formed and registered four years before the meeting but that they had kept its existence only to the members, who were less than five, with majority of them based outside the country.

He equally gave part of the terms for fusing as the repayment of the registration fee of the association, which he said would be deducted first from any money made by the association before members could begin to benefit financially.

When asked how much the registration fee was, Awoyemi said OPAN was registered in 2001 in the United Kingdom with £65,000 (Sixty-five thousand pounds).

At this point, Agbo told Awoyemi that the emerging body was not intended to be a money making association but a peer review gathering that would leverage on the experience of its members to bring sanity to online journalism.

After the meeting, OPAN members, working in concert with Abati, who deployed the powers of the Presidency, frustrated efforts to register the new body, with security agents threatening the leadership of the emerging body.

What was most curious, according to GOCOP, was that the initial name sent to the CAC, the Nigerian Online Publishers Association, was endorsed and granted registration, with the certificate of registration issued.

A few weeks after, CAC wrote NOPA claiming that it registered the association in error as OPAN was already in existence.

It took a long battle for CAC to agree to the name GOCOP.

The name was even suggested to the online publishers by CAC.

And this came amid threat of heading to the law court to challenge the CAC.

It also took OPAN, which claimed it was registered in 2001, over 14 years to formally launch the association.

OPAN was launched about a month after GOCOP did its own formal launch in 2015, which was attended by the likes of a former Chairman of The Punch titles, Chief Ajibola Ogunsola; the Speaker of the House of Representatives, Rt. Hon. Yakubu Dogara, represented the Chairman of the House Committee on Information, Alhaji Abdulrasak Namdas; the Founder of Zinox, Leo Stanley Eke, who delivered the keynote address; the Director General of the Debt Management Office, Dr. Abraham Nwankwo; and Adesina.

The statement by Mojeed, Oladipo and Iyanda said most members of GOCOP belong to the elite group of the Nigerian Guild of Editors, while none of those in OPAN qualifies to belong to any journalism association in the country, including the Nigerian Union of Journalists.

It added: “In mentioning a Special Adviser in the Presidency in their statement, by which we know they are referring to the President’s Special Adviser on Media and Publicity, Mr. Femi Adesina, OPAN is only seeking to drag a man of integrity, who insisted throughout the years OPAN had the backing of Abati that the right thing be done, into a needless controversy.

“There is no one who does not know that Mr. Adesina is a thoroughbred professional who will not stand by impostors and never-do-goods.

“And for the records, Adesina, being a concerned stakeholder and then President of the Nigerian Guild of Editors, had been a strong pillar of support for GOCOP right from its formative stage. At that time, he agreed to be a member of the Board of Trustees of GOCOP. This was even when he had no inkling he was going to emerge the presidential spokesman.

“So also do we know that the choice of those who attended the meeting with Alhaji Lai Mohammed was carefully thought through and not men of doubtful standings who have spent days and months behind bars for failed attempts to blackmail.

“While we do not query anyone’s right of association, our stand still remains as an association: no person of doubtful character will be allowed to be a member of GOCOP. Only thoroughbred professionals and people of integrity. Members of OPAN have a right of association, but they should remain within their confines and not cast aspersion on others who have devoted their lives to making a name for themselves in journalism and are professionals in the real sense of the word.

“And thoroughbred professionals indeed abound in GOCOP, with most of the publishers having worked at the highest levels in publications such as Thisday, Punch, Tribune, Newswatch, Tell, The News, The Nation, Nigerian Compass, New Telegraph and Champion as Editors.

“We do not intend going beyond this for now as documents in our possession will be made available to the public on the atrocities of these charlatans if they push their luck any further.

“Our aim is to professionalise the practice of online journalism and not engage in blackmail, which has given journalism a bad name in the country.”