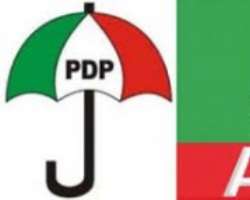 Five persons have been killed in a clash between supporters of the Peoples Democratic Party and the All Progressives Congress in Bida Local Government Area of Niger State.

The incident, which happened a few hours to the local government election in the state, reportedly  occurred at about 7pm on Friday.

According to reports, the clash was triggered an accident involving an APC vehicle, which rammed into a crowd of PDP supporters.

The situation degenerated into a free for all, leading to attacks on members of both parties.

Aggrieved members of the PDP burnt brooms and threw them at APC supporters.

The remains of the deceased have been deposited at the Federal Medical Centre, Bida.

The Police Public Relations Officer in the state, Bala Elkana, confirmed the incident, describing it as a case of an accident turned sour.

Elkana said the crisis happened after both parties held their campaigns in the ancient city.

Just last week, according to the Deputy Chairman of the PDP, Barrister Tanko Beji, at a press briefing, one of their party's supporters was attacked and beaten to coma by APC supporters in Rijau, leaving his tanker of petrol vandalized.

Beji described the continued attack by the ruling party in the state on the PDP as very unfortunate, adding that they must learn how to lead by example.