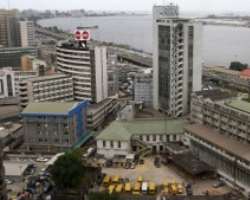 When Nigeria's president, Muhammadu Buhari won the presidential ticket last March, the general mood in Africa's biggest economy was upbeat. Stocks surged as the market reacted to a 'Buhari bounce' . Investors also believed that the former military dictator would be more effective at managing the economy than his predecessor was but less than a year later, that outlook has changed drastically.

On Wednesday (Jan. 13), Nigerian stocks fell to a three year low in reaction to the continued fall of oil prices. Dipping below $30 a barrel for the first time in twelve years, the fall in prices have badly affected Nigeria as oil earnings account for a majority of its earnings . Investors, fearing the absence of a plan to manage the situation, have been dumping stocks leading to a plunge in the country's all share index.

These fears are heightened by the country's unorthodox monetary policies. As oil prices dropped, so did Nigeria's foreign reserves. In a bid to avoid further depletion, the Central Bank imposed strict restrictions which did little to curb the slide of the naira, its currency. The official exchange rate has fallen some 25% over the two years and it is now 199 naira to the dollar. But the more realistic value is seen on the parallel market in recent days where the naira's value has fallen such that it takes more than 300 naira to exchange for a dollar. There is now regular calls for the Central Bank to officially devalue the naira.

Two weeks into the new year, a budget has not been passed and the days of a Buhari bounce seem a long time ago.