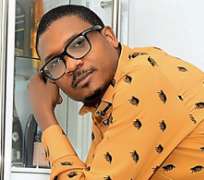 The crisis between Wizkid and Dammy Krane, seems to be cooling off gradually as the clock ticks as both parties were reported to have made peace with each other after an unhealthy rivalry that ensued between them at Quilox club last night.

Disrupting the peace of the all Black party organized by Super Eagles striker, Obafemi Martins, owner of the club, Shina Peller, ha come out to apologize about the ugly incident.

According to him, “On behalf of Quilox group, we are deeply sorry for any inconveniences the situation last night would have caused our customers.”

It is being reported that Shina, had to call the two singers into his office to caution them as singer, 2Baba and Timaya, had to step in to make peace also.