Why I will never vote for Donald Trump 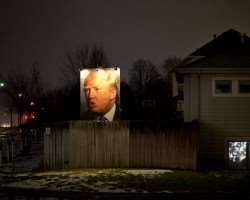 Beginning with Ronald Reagan, I have voted Republican in every presidential election since I first became eligible to vote in 1980. I worked in the Reagan and George H. W. Bush administrations and in the White House for George W. Bush as a speechwriter and adviser. I have also worked for Republican presidential campaigns, although not this time around.

Despite this history, and in important ways because of it, I will not vote for Donald Trump if he wins the Republican nomination.

I should add that neither could I vote in good conscience for Hillary Clinton or any of the other Democrats running for president, since they oppose many of the things I have stood for in my career as a conservative — and, in the case of Mrs. Clinton, because I consider her an ethical wreck. If Mr. Trump and Mrs. Clinton were the Republican and Democratic nominees, I would prefer to vote for a responsible third-party alternative; absent that option, I would simply not cast a ballot for president. A lot of Republicans, I suspect, would do the same.

There are many reasons to abstain from voting for Mr. Trump if he is nominated, starting with the fact that he would be the most unqualified president in American history. Every one of our 44 presidents has had either government or military experience before being sworn in. Mr. Trump, a real estate mogul and former reality-television star, hasn't served a day in public office or the armed forces.

During the course of this campaign he has repeatedly revealed his ignorance on basic matters of national interest — the three ways the United States is capable of firing nuclear weapons (by land, sea and air), the difference between the Quds Force in Iran and the Kurds to their west, North Korea's nuclear tests, the causes of autism, the effects of his tax plan on the deficit and much besides.

Mr. Trump has no desire to acquaint himself with most issues, let alone master them. He has admitted that he doesn't prepare for debates or study briefing books; he believes such things get in the way of a good performance. No major presidential candidate has ever been quite as disdainful of knowledge, as indifferent to facts, as untroubled by his benightedness.

It is little surprise, then, that many of Mr. Trump's most celebrated pronouncements and promises — to quickly and “humanely” expel 11 million illegal immigrants, to force Mexico to pay for the wall he will build on our southern border, to defeat the Islamic State “very quickly” while as a bonus taking its oil, to bar Muslims from immigrating to the United States — are nativistic pipe dreams and public relations stunts.

American politics and conservative thought.
Even more disqualifying is Mr. Trump's temperament. He is erratic, inconsistent and unprincipled. He possesses a streak of crudity and cruelty that manifested itself in how he physically mocked a Times journalist with a disability, ridiculed Senator John McCain for being a P.O.W., made a reference to “blood” intended to degrade a female journalist and compared one of his opponents to a child molester.

Mr. Trump's legendary narcissism would be comical were it not dangerous in someone seeking the nation's highest office — as he demonstrated when he showered praise on the brutal, anti-American president of Russia, Vladimir V. Putin, responding to Mr. Putin's expression of admiration for Mr. Trump.

“It is always a great honor,” Mr. Trump said last month, “to be so nicely complimented by a man so highly respected within his own country and beyond.”

Mr. Trump's virulent combination of ignorance, emotional instability, demagogy, solipsism and vindictiveness would do more than result in a failed presidency; it could very well lead to national catastrophe. The prospect of Donald Trump as commander in chief should send a chill down the spine of every American.

Mr. Trump's presence in the 2016 race has already had pernicious effects, but they're nothing compared with what would happen if he were the Republican standard-bearer. The nominee, after all, is the leader of the party; he gives it shape and definition. If Mr. Trump heads the Republican Party, it will no longer be a conservative party; it will be an angry, bigoted, populist one. Mr. Trump would represent a dramatic break with and a fundamental assault on the party's best traditions.

What you see and hear from either candidate is not what you will get if either is elected. Either will be disasterous for the country and…

In the house of horrors built by the GOP over the last four decades, Mr. Wehner is at the very least a load bearing wall. And now he’s…

“I felt a great disturbance in the Force, as though millions of chickens had come home to roost.” Some of us may be forgiven for savoring Mr…

The Republican Party's best traditions, of course, have not always been evident. (The same is true of the Democratic Party, by the way.) Over the years we have seen antecedents of today's Trumpism both on issues and in style — for example, in Pat Buchanan's presidential campaigns in the 1990s, in Sarah Palin's rise in the party, in the reckless rhetoric of some on the right like Ann Coulter.

The sentiments animating these individuals have had influence in the party, and in recent years growing influence. But they have not been dominant and they have certainly never been in control. Mr. Trump's securing the Republican nomination would change all that. Whatever problems one might be tempted to lay at the feet of the Republican Party, Donald Trump is in a different and more destructive category.

In these pages in July 1980, Daniel Patrick Moynihan, the Democratic senator from New York, declared, “Of a sudden, the G.O.P. has become a party of ideas.” If Mr. Trump wins the nomination, the G.O.P. will become the party of anti-reason.

Every weekday, get thought-provoking commentary from Op-Ed columnists, The Times editorial board and contributing writers from around the world.

I will go further: Mr. Trump is precisely the kind of man our system of government was designed to avoid, the type of leader our founders feared — a demagogic figure who does not view himself as part of our constitutional system but rather as an alternative to it.

I understand that it often happens that those of us in politics don't get the nominee we want, yet we nevertheless unify behind the candidate who wins our party's nomination. If those who don't get their way pick up their marbles and go home, party politics doesn't work. That has always been my view, until now. Donald Trump has altered the political equation because he has altered the moral equation. For this lifelong Republican, at least, he is beyond the pale. Party loyalty has limits.

No votes have yet been cast, primary elections are fluid, and sobriety often prevails, so Mr. Trump is hardly the inevitable Republican nominee. But, stunningly, that is now something that is quite conceivable. If this scenario comes to pass, many Republicans will find themselves in a situation they once thought unimaginable: refusing to support the nominee of their party because it is the best thing that they can do for their party and their country.

Peter Wehner  is a political analyst
(The New York Times)