How Davido’s Brother Lavished Millions on Vacation for US Girlfriend 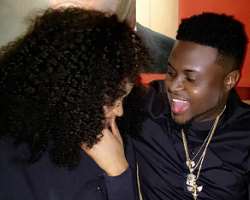 Is it all about the money or should one come to terms with the popular saying that money rules the world? Well, some see money as an agenda setting necessity and being born into a wealthy family sometimes gives one an edge though.

Recently, Davido's brother, Wale Adeleke, had a lavished vacation with his girlfriend, Jolieden, in Dubai, which he has been hiding for a while from the public.

While the vacation is over, everyone has gone back to their various businesses but the lady, who is based in the United States of America, is yet to forget the lovely time they spent together while in Dubai, as she thanked her man for taking her out.

In her words, “Ya don't know the half, because it ain't nobody's business but me and my baby. Appreciate you babe, miss you already.”