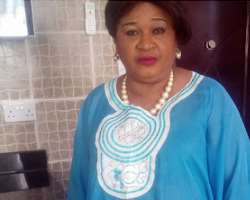 Nollywood actress, Rachel Oniga, is one woman many especially females will like to emulate as some a large extent; she has been able to stay scandal free.

Not always jumping to accept any script that comes her way, the actress has continued to sty relevant in her craft as her motherly roles in various soap operas and movies have continued to earn her accolades in her own right.

The actress is not the regular name that makes headlines as she rather loves being private but she was recently spotted at the just concluded Calabar Carnival, where she and some of her colleagues had gone to unwind after several months of hard work.