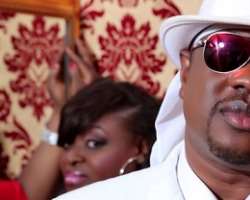 Popular Nigerian singer, Tunde Obe, is not one of those singer who sees awards as a yard stick for measuring ones success but believes that hard work and dedication pays more.

The singer recently stepped into the ongoing crisis between Olamide and Don Jazzy, after the Headies Next Rated Award prize was given to Reekado Bank as against Lil Kesh, which Olamide feels deserved it and this has led to serious raged from Olamide.

Tunde stated that he understands the anger in Olamide, but he should realize that every artiste has his own time and should have played it cool.

According to him, “Olamide ti binu, oh. Olamide should realize that every good artiste will have his day. He should've played it cool. He's the "Artiste of the year". Next year could be Kesh's.”