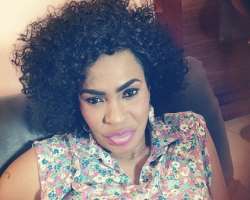 The actress who is popularly called 'mama Khalid'by her friends in the industry has reportedly closed down her boutique business called”HOUSE OF FAITEER” , which involves ' Body Care,Assorted wine and Cosmetics, situated in the heart of Abeokuta ogun state.

It was further gathered that the rate of slow patronage she has been facing for a while now pissed her off, thus she eventually allegedly decided to close it down with other unforeseen issues too.

Meanwhile, rumour has it that the veteran actress is all set to hit Lagos to join other Yoruba stars whose respective businesses are booming in the megacity.