I will not sack workers nor cut salaries :Ikpeazu 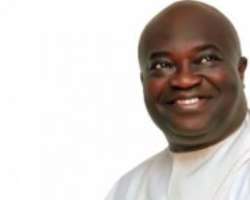 Amidts biting economic crunch and speculations of eminent sack or reduction in workforce, civil servants in Abia State can hive a sigh of relief as governor Okezie Ikpeazu has said his administration would not, due to the current economic crunch in the country, sack workers in the state nor cut the minimum wage.

This is coming on the heels of threat by the President of the Ni­gerian Labour Congress (NLC), Ayuba Wab­ba, to declare a nationwide strike in January if any state governor announces the sack of workers in his state.

Governor Ikpeazu spoke in the state capital, Umuahia, during his last quar­terly press briefing for 2015 saying, “we are not contemplating down-sizing our workforce or reducing the minimum wage.”

He said that everything would be put in place to ensure that workers in the state become more productive in terms of revenue collection and generation.