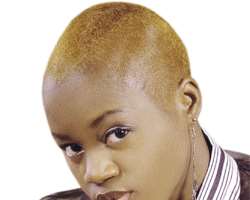 As the race for recognition and honour at this year's Hip-Hop Music Awards (HHMA) hots up, many artistes are delighted over the nomination list recently by the organizers. Among such artistes is gold- haired singing sensation, Eva Ogoro.

Consequently, the Niger Delta-born singer, who is now one of the toasts of many music aficionados following the release of her superlative album, Eva, will be slugging it out with the like of Kefee, Lara George, Waje and Ibiyemi in the Best Female Vocal Performance category.

In her reaction to the news of her nomination, Eva said it will be a greater honour if she eventually wins the award. “I am excited at the nomination which, in itself, is a step in the right direction,” she said