I Wanted To Become A Lawyer But... - Sola Kosoko 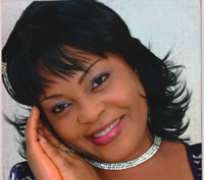 Like father like daughter. The name Sola Kosoko, is gradually becoming popular in the entertainment industry just like her father, the former President of the Association of Nigeria Theater Arts Practitioners, Prince Jide Kosoko. Sola disclosed that her journey into acting was by accident. “I wanted to become a Lawyer initially, but God said otherwise.”

Speaking about her background in the industry, Sola said: “I started at a tender age when my father often showcase my talent by featuring me in his production and from there I picked up interest in it. Initially, there were clashes between my studies and the job. Today, I thank God that I'm a graduate of Sociology from Olabisi Onabanjo University, Ago-Iwoye, Ogun State, after which I went full blast into acting which has really paid off for me. This, no doubt reflects in my new movie that is ready to hit the scene by next month.”