NERC to the rescue, no more fixed charges by DISCOS 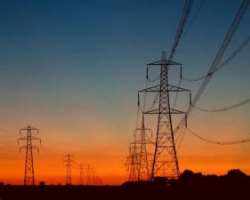 At least a reprieve comes the way of electricity consumers as the Nigeria Electricity Regulatory Commission (NERC) finally bowed to pressure and protest from Nigerians disalloy the payment of fixed tariff for services not rendered by electricity distributors.

In a similar development, no electricity distribution company will henceforth be allowed to connect new customers without metering them. According to NERC, the development was aimed at closing the wide metering gap of over 50 per cent and reduce high incidence of collection losses in the Nigeria Electricity Supply Industry (NESI).

This reprieve came as a result of the pressure from the electricity consumers at various levels and the i‎ntervention from the National Assembly to compel NERC to stop further fixed tariff charges to allow consumers pay only for what they consume in a month or within certain payment period.

Meanwhile, NERC had during the weekend ordered distribution companies to stop henceforth the charges, while the next billing period will no longer charge customers monthly fixed charges.

Fixed charge is that component of the tariff that commits electricity consumers to paying an approved amount of money not minding whether electricity is consumed during the billing period or not.

But under the new tariff regime, electricity consumers will now only pay for what they consume from month to month.

According to the Chairman of NERC, Dr. Sam Amadi, “this is good news for electricity consumers who have long asked for a just and fair pricing of electricity.

“The regulatory commission had promised to address all the complaints against fixed charges through a regulatory process that promotes investments in the electricity industry without unfairly burdening electricity consumers. This is in line with its mandate to be fair in all its regulatory interventions.”