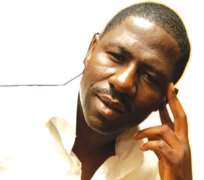 The 2009 edition of the Nigeria Music Video Awards may have come and gone, but it does not seem like fading any time soon. Callivision Network, organizers of the event, and Mnet have concluded plans to broadcast a complete package of the show which is still being talked of as one of the most successful awards in that year.

Music videos and the act of its production have evolved rapidly from just serving to promote the artiste and his songs and metamorphosed into a full blown industry. Music videos depict a people's culture and can be referred to as a phenomenon, with huge following transcending age, religion, class and creed.

In the coming days, viewers all over Africa can expect to behold the NMVA 2009 in full colours with rare behind the stage footage and green carpet shots. NMVA guns to become the most credible, most attractive and most respected out of Africa, say organisers.

Plans are also at advanced stage to put out a 24- hour dedicated channel in furtherance of the music video revolution in Nigeria. And not planning to relax on their oars, necessary arrangements for another successful outing at the 2010 edition of the NMVA, is already in top gear.

The objective of the NMVA which was instituted on 2nd December 2007 has remained to stage a world class event with the capability of establishing benchmark that will stamp out mediocrity, enthrone excellence and inspire practitioners to take the music video production business more seriously.