Fans Lashed out at AY over Baby Video 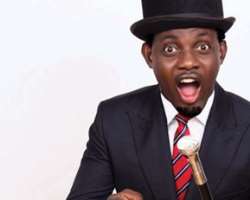 Popular comedian Ayo Makun has been tongue lashed by some of his fans over the video of a child grinding his waist and he captured, “what you get when you keep doing all that in the presence of your child.”

Many of his fans has reacted to this video saying the comedian who is also a father should not share such video, some said he should mind the kind of jokes he shares and some concluded that the video was by people who has pedophile tendencies.

A popular Ghanaian actress, Juliet Ibrahim commented that the child must have been molested by some adult and not from watching parents who smash.