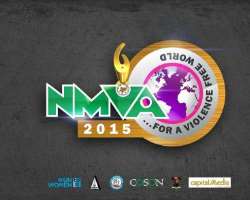 Report reaching Nollywoodgists.com has it that the 9th edition of the annual Nigeria Music Video Awards (NMVA) earlier fixed for Thursday, December 17, 2015, has been postponed.

Initiator of the glamorous event, Cally Ikpe, was quoted to have disclosed that a new date for the show would be revealed later.

According to him, the ceremony was shifted “due to circumstances beyond our control”, which forced them to inevitably “postpone” the event “by a few weeks”.

Ikpe further disclosed that “a new date will be communicated shortly,” adding that, “we deeply regret all inconveniences.”

The 9th edition of the NMVA was earlier slated for tomorrow at the Eko Hotel and Suites in Lagos. It is not clear if the show will still hold at the same venue when a new date is disclosed as promised.