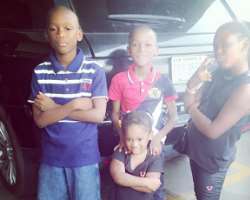 Viral reports have it that Mavin records princess, Di'ja, is pregnant and pictures have even emanated online that the singer recently had her introduction over the weekend secretly without her label mates in attendance.

The tale has been a topic of discuss and interesting as many fans have come congratulating her on the said marriage while some believe that the wedding pictures is actually a cut from her yet to be released musical video.

With such rumours, it seems to work well for some Nigerian musicians who seem to be enjoying the way rumours sells their image irrespective of whether it is negative or positive.

Meanwhile, the singer and her team who have ignored all the whole story was over the weekend in Kaduna state as she was a guest artiste at the first Kaduna state festival along with Yemi Alade and others as she was seem performing to the delight of the crowd who had turned out to have some fun.