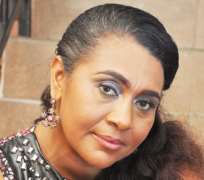 Veteran Nollywood actress, Hilda Dokubo, has earned a soft spot in the heart of many home video viewers especially with her crying ability which is so real while interpreting her roles and in crowning her efforts; she has won some awards to her credit.

Not in a rush to be viewed all the time on screen, the actress is still of the perception that at the level she has gotten to in the movie industry, she cannot just accept any scripts that comes her way.

According to her, because people no longer see her on screen just like the regular actors, they believe that she is no longer acting. Adding that she is still in the game as she insists on maintaining a good standard for herself.

She explained that for the periods she was not acting, more scripts were still coming in for her but it is not about the script but quality script that tells a good story is what can win her heart.

“Even for the period I didn't act, I have a pill up of scripts in my office. Scripts might be coming my way but the question is: are they the kind of scripts I want to be part of. When you get to a certain level, you have the audacity to reject some scripts. So it does matter whether the scripts are coming your way or not. Rather, what matters was what you wanted to do and what meant something to you. So. I do not think it is about scripts not coming my way. I don't know, but for me, I get scripts every week. But when I see a good script, I don't hesitate to grab it,” she told Vanguard.