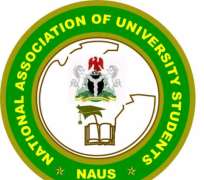 Education is a human right with immense power to transform. On its foundation rests the cornerstone of freedom, democracy and sustainable development. Having inaugurated the leadership of the National Association of University Students ‘NAUS’, an association of university students across Nigeria, the association seeks to project change and development in the country through enhancing conscious student unionism across all universities in the country.

promote the interest of students at all levels, defend students against all forms of oppression and victimization, provide rapid response to attack on students, reawaken the consciousness of the university students to be catalyst of change in the society and shall also organize constructive agitations for quality education as education is the most powerful weapon with which change can be endued in the society.

Worthy of notice is the lingering crisis in the Lagos State

University which stated on March 16th 2015 when the staff

Unions of the institution chased the University Vice Chancellor and other management team out of the campus demanding the dismissal of the Vice Chancellor amidst other demands. With the Senate building and Administrative blocks being under locks, We must assert that it is grievously affecting our students on the campus and we

won’t stand with our hands akimbo on the crisis.

NAUS South west uses this medium to call upon the
GOVERNOR of Lagos State Mr Akinwunmi Ambode to
resolve the crisis prestissimo as it affects the students,

the infrastructural developments going on in the school and

the image of the university as the institution is now being

noted for crisis and agitations for the removal of a Vice

Chancellor following past occurrences.
NAUS looks forward to ensuring a more
formidable student body across the south west. We shall