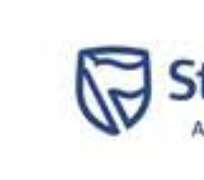 Accra, 17 September 2015 The cedi has been subject to volatility for the better part of 2015. The unrest has been due to falling commodity prices globally and growing import demand locally. These challenges have are partially due to macro-economic imbalances arising from 2014.

Going under an IMF program has increased medium term confidence for the Ghanaian economy. Limitations to getting recovery metrics on track include currency stability and foreign investor credit risk appetite for the West African cocoa giant

According to Kofi Pianim, Head of Trading & Global Markets at Stanbic Bank Ghana, there are external factors which also threaten Ghana as an economy going forward.

“Global prices for Ghana’s major dollar generating exports such as gold, oil and cocoa have also been under pressure” said Kofi Pianim.

Gold prices hit 5-year record lows of $1072 in July this year and has since been range bound between $1090 and $1144 per troy ounce since August. This has been mainly due to anticipation of the US Federal Reserve raising interest rates. The precious metal struggles to compete with yield bearing assets when interest rates are on the rise.

Oil prices have fallen almost 60% in value since June 2014; this has been as a result of the largest global surplus in recent times and rising concerns about a slowing Chinese economy. Crude oil futures were around $44 per barrel last week.

Cocoa supply has come under pressure due to crop disease and unfavorable weather patterns for Ghana. However the fall in supply has been offset by increases in global prices due to the same shortage. Cocoa hit a 30-year high of $3500.00 per ton in the period.

US real interest rate dynamics will also be critical to performance of most frontier markets like Ghana. The threat of US Fed hiking rates will also limit international credit appetite for emerging markets which will in turn affect capital flows into the region.

“The last threat to factor in would be the 2016 election year speculation. Capital inflows will be reduced whilst capital outflows will increase in anticipation of a close election. Expectation is a peaceful outcome, however markets will price in any risk factors and this could exacerbate pressure for the period” Pianim said.

Ghana under an IMF program has a fighting chance. Reserves need to be grown beyond the current 2.5 months import cover to beyond 3 months import cover. There will be a lot of focus on direct investments into energy to boost manufacturing sector. The program will seek to bring interest rates down to boost corporate access and curb cost push inflation. The program will seek to increase the export base and reduce import needs to help address balance of payment challenges.

“Ghana is an import driven economy and therefore the performance of the currency affects inflation and ultimately interest rates. The ability of BoG to manage currency volatility will be pivotal to macro-economic stability. Ghana’s debt sustainability becomes questionable if risks to the cedi’s depreciation are not checked” Pianim said.

Year to date depreciation is at 18.50%. The currency opened the year at 3.2176 and is currently at 3.9441. The currency saw two sharp reversals with the cedi strengthening this year.

“There was a reversal from 4.4 to 3.0 at the end of July amidst quarter end USD sales, and general supply increases on the back of the EU, World Bank and IMF flows. Then came the second recovery at the start of September as we entered the cocoa syndication season. With this coinciding with a potential Eurobond program, forex rates dropped from 4.15 to 3.5 to the dollar” Pianim concluded.

The next potential trigger for dollar/cedi performance will be the success rate of the $1.5b Eurobond to be issued later this month.