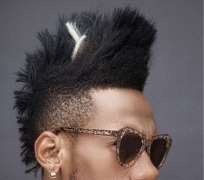 Phyno has expressed interest in collaborating with controversial rapper, Vic.O. He reveals this and several other interesting tidbits on this week’s episode of MTV Base Real Talk.

While responding to a question from a Twitter user, @zamirprince, Phyno denied having any reservations with working with the Nigerian born, Italy based artiste, adding, ‘If the song is nice, I will jump on it. We will do an After Party remix’

In the course of the show, Phyno answers several more questions from fans including @paulizo who wanted to know whose career made Phyno jealous, to which he replied, ‘I see people like P Square and 2face, the level they are right now and still relevant. That is supposed to be the prayer of every artiste. To get married, have kids and still be relevant to the new generation, that is one thing I pray about, so if you describe it as jealous, yeah,’

Asked by MTV VJ, Ehiz about his relationship status, the 28-year-old rapper who is currently signed on to Sputnet Records replied, I’’m single to my fans and I am amazing to my girl…in a relationship like...’, before switching to Igbo language and jokingly describing Ehiz as ugly!

MTV Base Real Talk, hosted by VJ Ehiz and VJ Stephanie is a one on one question and answer platform, which enables fans to connect with top celebrities by getting answers to questions they have asked on social media. No questions are off-limits – secrets, guilty pleasures, old memories, phobias, everything is on the table.