HOW CAPITAL MARKET TURNED THE GEAR 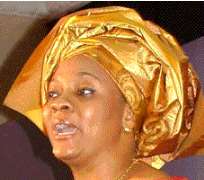 Arunmah Oteh
The prevailing circumstances on the floors of the Nigerian Stock Exchange (NSE) have given reason for investors to believe that a repeat of the 2007 bullish trend is about to be re-enacted. The market that suffered great losses stemming from a number of forces unconnected with internal and external policies that heated the polity and the market situation during the 2009 transaction year, started changing gear as soon as 2010 was entered.

Although investors pulled their resources from the market during the hue days of the meltdown while those that invested with margin loans got stocked not having the ready answer to how to recoup the actual money borrowed and pay the banks. Some investors really took to close marking to carry the cost of buying highly and the stock dropping below intrinsic values. This highly resulted in low investors' confidence in the market that is driven by forces of demand and supply.

Despite the low ebb of investors' confidence in the capital market, some stocks have continued to display some superlative antics at creeping profits. Although the surge has remained the preserve of the banking sub-sector that has remained the toast of investors, investors do not mind the downturn as the sector swings to the market development in Walls Street of America. This is most because there is cross fertilization of stock business since the world has been reduced to a small communication village by internet facilities.

A retrospective look into the performances of the market in terms of turnover recorded, value of such turnover, the index and market capitalization of traded equities since January 2010 on a weekly analysis. As a tradition of the market, January always witness low market transactions because by then, a lot of people may not have sealed their investment policies after reviewing performances of the previous year. However, the situation is improving by year as market activity for January 2009 increased compared to January 2008 transactions.

An instance of this, the capital market week that ended January Friday 8 2010 saw the market closing at 1.8 billion shares that value N9.97 billion with the All-Share Index edging up by 4 per cent to close at 21,658.69 points with a capitalization of N5.19 trillion for the 200 equities traded in the week. This level of transaction was understandable because most of the investors were selling to make money for January expenses. This helped to reduce the volume of transactions expected to come as a result of fruits of 2009 reforms and policies.

The week that ended January February 15, 2010 showed an increase of transactions as more investors negotiate come back to the market as a veritable way of saving idle cash not to be spent in a short time. A total of 2.2 billion shares worth N12.8 billion changed hands among investors when major indicators added 1.85 per cent with an index of 22,060.36 points for N5.28 capitalisation. The slight move upwards of transactions for the week indicates that more investors have resolved their investment policy focus and decided to make more incursions into the capital market or to retain their investment and watch companies' direct performances.

On the week that ended Friday January 22, the market recorded a total of 2.35 billion shares that worth N11.8 billion that changed hands among investors. The market however, dipped as a result activities of profit takers. It is pertinent to note that at this point in time investors' anxiety over market drop does not allow them to leave their gains to mature. The investors' apathy to capital market forced a lot to swing their investments resulting in the depreciation noticed during the week. The value of equities dropped slightly while major market indicators of capitalization and index nose-dived by 0.14 per cent to close at 22,030.18 and N5.3 trillion respectively.

The week ended the profit taking as the market increased in all spheres, the week that followed. During the week that ended Friday January 29, a total of 2.32 billion shares that cost N14.15 billion were traded. This scale in trading ended in the index rising by 2.56 per cent to close at 22,594.90 points while the capitalization ended at N5.44 trillion. By this time more stability was returning to the market as anxiety to sell to avoid gain freeze started to ooze out. More stocks maintained the growth tempo marking the market to consolidate the gains investors increased market assessment.

The beginning of every month poses investment challenge to investors more so investors whose wards could not pay school fees in January mopped funds via their capital market investments to make up for the fees. This left some investors who has much to save them in the market. At the end of first week in February, (5/02/10), the market traded 2.73 billion shares at N18.94 billion with index and capitalization appreciating by 2.8 per cent to close at 23,226.28 point and N5.6 trillion respectively. The market shed weight by the third week of February (12/02/10) as the volume of shares closed at 1.9 billion shares valued at N14.45 billion when the index and capitalization ended negatively by 0.45 per cent to close at 22,967.26 points and N5.53 trillion respectively.

During the week that ended Friday February 19, 2010 also ended in a bearish note. The volume of turnover further dropped to 1.73 billion shares valued at N10.83 billion when the index and capitalization nose dived by 0.9 per cent to close at 23,169.64 points and N5.6 trillion respectively for the 199 equities that traded. It is pertinent to note at this juncture that with stock prices on the increase, capitalization and index continued to increase irrespective of growth in turnover.

This helped to beef up investors' confidence in the market.

The market however bowed to crisis as a result announcement that the Director General and Chief Executive Officer, The Nigerian Stock Exchange (NSE), Prof. Ndi Okereke Onyiuke, would be disengaging from the Exchange. Discussion on the issue became bullish at the expense of expected bullish market. During the end of week ended February 25, turnover dropped to 1.5 billion shares worth N9.83 billion with the market indicators (index and capitalization) dropping by 0.8 per cent to close at 22,985.00 points and N5.53 trillion respectively with 199 equities trading.

The market at the end of first week in March the market recuperated and traded a total of 1.74 billion shares valued at N14.5 billion; the index edged by 0.3 per cent to close at 22,923.91 points and capitalization ended at N5.52 trillion with 199 equities featuring on the trading chart. This tempo continued into the week ended March 12, when a total of 2.2 billion shares worth N16.95 billion at 5.3 index increase that close at 24,141.72 points and capitalization bench mark of N5.81 trillion when 198 equities traded.

During the week that ended March 19, 2010, 2.5 billion turnover was recorded at N21.41 billion. Index rose by 1.6 per cent to net 24,517.88 points while capitalization closed at N5.92 trillion when 198 equities were traded. The market rally continued as the capitalization hit N6 trillion. The market recorded 2.5 billion shares valued at N21.1 billion during the week that ended March 26, making 3.3 per cent for the All-Share Index that ended 25,322.87 points and capitalization ending N6.12 trillion higher. The tempo continues on the rise as the month of April such that even at the drop of turnover to 2.2 billion shares at N19.8 billion, the index and capitalization edged because prices of equities have appreciated. This is because the index gained 3.54 per cent to close at 26,219.74 points and capitalization closing at N6.34 trillion thereby hitting the highest for the year 2010.