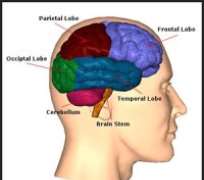 While most brain monitoring techniques are invasive, time consuming, require extensive infrastructure and often include drilling through the skull, Padayachy and his team have explored the potential of using ultrasound as a completely non-invasive, inexpensive, ubiquitous brain monitoring tool.

Padayachy and his team have used this new method at the Red Cross War Memorial Children’s Hospital to significantly improve accuracy while decreasing the cost and labour intensivity associated with traditional techniques.

“Our study has demonstrated benefit in accurately assessing the pressure and blood flow dynamics of the brain,” said Padayachy. “By merely placing a small probe over the eyeball, we are able to use this natural window to the brain to better understand the intracranial millieu.”

This method, which uses sound waves transmitted to and reflected by the substance of the brain, is most beneficial when applied to children with neurological disease, in a resource limited setting such as in South Africa, as they can be spared the unnecessary exposure to harmful radiation, anaesthesia and surgery. This technique has the potential to be used nationwide, in clinics and hospital to detect brain conditions at an early stage.

“As a result of our committed use of this modality, we have subsequently developed a novel dynamic technique at the Red Cross War Memorial Children’s Hospital, which has significantly improved accuracy while potentially decreasing the cost and labour intensity associated with historically used techniques,” said Padayachy.

This discovery is important because the vast majority of children that Padayachy and his team treat come from the most impoverished and rural sectors of society, not only in the Eastern Cape but throughout the country and increasingly beyond South Africa’s borders, in Sub-Saharan Africa. These children all share one uncomfortable problem: they always arrive for “brain inspection” later than they should have.

“We have expanded the use of this non-invasive modality both as a neuro-navigation tool and as a diagnostic tool to facilitate early diagnosis in children with raised pressure in the brain,” said Padayachy.