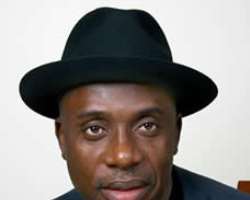 Whereas in most States of Nigeria the Chief Executives (Governors)

were accused of misappropriating Local Government Councils Funds, the

case was different for the former Governor of Rivers State, Rt. Hon

injected into the local government councils administration over N170

Billion in his eight years in office as the Governor.

Under the present Constitution of the Federal Republic of Nigeria,

primary school administration and management is placed under the

authority of the local government councils. Reports have shown that

foundation in the Nigeria education system. This is so because most of

the Local Government Councils do not have the financial capacity to

handle the number of primary schools within their area.

For some Local Government Councils, once salaries of primary school

teachers were deducted, the Councils were left with nothing to run the

Councils, talk less of embarking on infrastructural development. For

some others, they were not even able to pay teachers’ salaries. This

was the situation popularly referred to as "Zero Allocation".

This was the situation in Rivers State prior to the emergence of Rt.

across the state were not motivated. They were not paid as at when due

and the work environment were obviously not conducive. The most

outstanding consequence of these was that the primary schools

bequeathed to the secondary schools system students that were

inadequately prepared; this accounted the poor performance then.

For former Governor Amaechi, that was not good enough for his people,

so he immediately declared a State of Emergency in the Education

Sector. He commenced with the rebuilding of over 750 Primary School in

the State. Each of the school has computer studio with not less the 30

computer; 14 classrooms with smart boards; each class has a teacher

and a computer to teach with; the school has 16 toilets; a sickbay; a

etc. The Rivers School structure and policy have received

commendations both locally and internationally and have now become the

model for neigbouring state like Akwa Ibom, Delta, Bayelsa and Edo. On

account of the Governor's policies on Education, Rivers State

Government, for four consecutive years, was adjudged the best state in

Education by the Federal Ministry of Education and was rewarded with

until Chief Nyesom Wike as Minister of State for Education allegedly,

in a bid to whittle-down the perceived political achievements of

former Governor Amaechi, directed that Rivers State should no longer

tops, albeit, it could not be dropped below second. The same

proactive policy on Education took Rivers State from nowhere and made

only a few cities in the world have enjoyed. The state of emergency

of universities in the country.
Well, this is not the focus of this article. The focus here is the

complete takeover of the Primary School System from the Local

Government Councils. Prior to the takeover, the salaries of primary

school teachers were paid by the Local Government Councils and the

of N2Billion. Former Governor Amaechi pursuant to the State of

Emergency convened a meeting of the stakeholders in the primary school

the administration and management of primary school education in

salaries.
Contrary to expectations, Governor Amaechi announced that the

N2billion monthly that was the wage bill for primary school teachers,

as at then, and which would have been the contribution of, or cost to,

the Local Government Councils should be reverted and re-injected into

teachers during the popular Rivers State Engagement of 13,200 teachers

in one single employment process. The consequence of this policy was

enormous, as it put more resources in the coffers of the LGAs, which

enabled them to reach out to the local needs of the people better. The

implication of this decision and policy is that the Government of

Local Government Councils in the State. This policy was initially in

Governor left office in May, 2015. A simple arithmetic puts that

amount in seven years as N168 Billion.
As a separate and independent tier of Government, the Councils were

allowed to function independently; they generated their needs and

created their own policies based on their peculiar needs and

realities. Monthly allocations of the councils went to the various

Local Government Councils without any interference from the State

Government. The Governor never had need to interfere with Local

of financial administration, except for two or three cases, where the

Governor had had, on the approval of the House of Assembly to suspend

some Local government Chairmen either on grounds of corruption or

inability to address security situation in such LGAs. In those six

Local Government Councils where the Chairmen were suspended for

inability to maintain law and order, they were restored as soon as

security situation in their respective Council Areas was normalized.

In fact some Local Government Councils were rewarded for exemplary

administration and management of resources; for instance Gokana,

robust capacity to address basic and local needs of the people. This

is to the credit of former Governor Amaechi. Although the new Governor

gain, but indications from his public speeches, to the effect that the

decisions of the former Governor of the state; his present attitude

and policy of "operation reverse Amaechi legacies", tend to suggest

that he might do so. Some schools of thought hold the view that for

Governor Wike reverting the primary school teachers' salaries to the

Local government Councils was an option and a matter of time, that is,

if the Local government Councils structure remained with the All

Progressives Congress. However, now that the structure is seemingly

within his control, he might drop the idea.
It is interesting to observe that from this singular policy of the

State Governor to takeover payment of salaries of primary school

teachers from the Local Government Councils, two gains emerged for the

state. Firstly, is the fact that it has created a sustainable primary

Country, and gladly so, it has also become a model for many other

states. The second is that, it has put more resources in the coffers

of the Local Government Councils, which has now broadened their

capacity to attend to the needs of the people. In all of these, Rivers

people are the beneficiaries of this singular act of proactive good

governance.
In conclusion, transferring primary education from the Local

Government Councils to the State Government is a worthwhile policy and

system in the country and I am proud to recommend the Amaechi Example.

and Public Commentator and Freelance Writer