Nigeria Panty Bomber Was In Accra 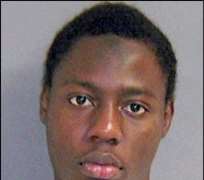 Ghana and Nigeria seem to be at logger-heads with reports emerging that 23-year-old Umar Farouk Abdulmutallab started his 'killer' journey to America from Kotoka International airport in Accra.

Nigeria Information Minister Dora Akunyili said the suspect took a Virgin Nigeria flight from Accra to Lagos before boarding a KLM flight from there to Amsterdam. He began his journey in Ghana and spent less than 30 minutes at Lagos airport, she said.

However, the Ghanaian aviation authorities have responded vigorously  to the information released by its Nigerian counterparts that Farouk only spent 27 minutes in Nigeria on his way from Ghana where they claim he spent a longer time and should therefore should have been 'arrested' in Accra before boarding a KLM airline plane to Amsterdam on Christmas eve.

Reuters has quoted a Ghanaian airport official, Yaw Kwakwa, deputy managing director of Ghana Airports, who said Farouk may not have begun his journey from Ghana.

"We realised (he) probably could have been in Ghana, but that does not mean he began his plans from Ghana," Kwakwa said.

Umar Farouk Abdulmutallab had been thought to have started his journey on December 24, taking a Lagos-Amsterdam flight, but Nigeria said he had first flown from Accra to Lagos.

Meanwhile, fresh facts emerging on the alleged attempt by to blow up a passenger plane in the United States on Christmas day showed that the attempt would have been averted if the Yemeni government had not frustrated the attempts by the suspect's father, Alhaji Umar Mutallab, to visit the country in search of his lost son.

The elder Mutallab, a prominent banker and Muslim who is the chairman-designate of the yet-to-be established Jaiz Islamic Bank ordinarily would have no problem obtaining travel permits into any country in the world, including the US, but was refused visa by the Yemeni embassy.

At this point, the elder Mutallab rejected his son's request and insisted he should return to Dubai or UAE to complete his master's degree programme.

For instance, a neighbour of the Mutallab, Kabiru Suleiman, who was also a secondary school mate of Farouk at Essence International School, said despite Farouk's strong views about religion, he admired a certain female school mate, Asmau when they were in JSS One (seventh grade).