Re: Nigerian Artists and International Collabos: What’s Next? 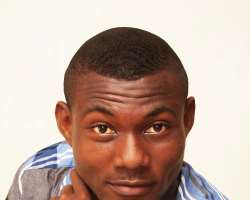 Let me formally acknowledge Japheth J Omojuwa’s piece. It is an eye-opening one; as it aims to show the other side of music, which is what I call a piece to unravel music beyond music. With a questioning caption: “Nigerian Artists and International Collabos: What’s Next?”

The purpose is to pull our hip-hop musicians in the direction of meaningful economic reform. Yes, economic reform, whereby adding extra value and gains to what they do. Content is becoming a serious business in Nigeria, and Africa as a whole is responding to it.

After showing the way, I don’t think it will be nice for Nigeria to lag behind. We can’t afford to stay behind, after the much investment of time, talent and resources. We need to set a pace further, in line with reasonable gains and recognition.

For the very admit that he is not a music expert, yet Omojuwa unraveled some strategic points, along with expository terms to them. He conveyed what is difficult to understand in a language that it could appeal someone who is not into the business.

Yes, Omojuwa may not be in the music business, but as a showbiz writer and stakeholder, it stakes within me to follow such an objective line of telling our artists what they ought to know about the business they are into.

It is no longer doubtful to agree to the terms that we have conquered the international scene, music wise. We have done the necessary collaborations. In fact, let me say that we have fooled to get what we want. And we have lost millions in exchange of such transaction, which I would describe as a door opening one. And of course, it was door opening that international collaborations brought. Let me even ask: Did they take our music to the consumers? No. Did they attract appeal and acceptance for such ventures? Somehow!

Past collaborations we did, I will describe them as what Lagos boys call: “marching ground fee.” After paying for the land rate for spaces, our celebrities were left to hustle their ways into the market for consumers’ acceptance. Permit me to ask this question again, a delicate one. What was the content of agreement reached before all these series of collaborations got recorded? Did our artists go to them like criminals, whereby taking their voices through the backdoor without due agreement with their managements?

As long as we watch the unveiling of things, informed minds will continue to argue the authenticity of all these collaborations. That after featuring or having an international artiste drop his own verse on an assigned track, at the end, he fails to tweet its link for downloads. Not even acknowledging how dope the song was? A retweet kwanu? No!

It’s somehow insulting. I wish not to reduce the enthusiasm or confidence of our artists through this rejoinder piece. From where Omojuwa paused, and to what his objective represents, I wish to maintain on the lane of hailing them while urging for advancement. We have to look beyond the euphoria of featuring an international artist. For the little we have seen, we are very much proud of our artists; they’ve conquered barriers.

Let me borrow some lines from Omojuwa’s piece: “Gone are the days where the Nigerian or African music consumer is excited about a collabo between our artists and those from across the ocean, mostly from the U.S. Hip-Hop community. We have seen 2Face and R.Kelly, we have seen D’Banj and Snoop Dogg, P-Square and Rick Ross, Vector and Movado, Akon and everybody, Davido and Meek Mill and down to the most recent one, Wizzy, Skepta and Drake.”

Our music is taking center place of activities in the world. We have to add value to the little we have achieved. Let’s consider the revenue aspect, by reviewing contract terms of these collaborations. After collaborations, the involved artist should be charged with the duty of adding his/her little effort in promotions. What will it cost them? Just a tweet or upload on their platforms will go a long way.

Another pointer to this enumeration came when Drake and Scepter dropped verses on Wizkid’s hot single, Ojuelegba. Within the night it was released, Ojuelegba had a smooth trend online, at least as a song and as a place. What destination? Nigeria! What an international exposure for a small city.

But you know what pissed me? I think it will be the thrust of Omojuwa’s annoyance to his piece; though he never mentioned it. It was when I saw Wizkid retweeting in acknowledgement, but I looked through Drake’s wall page, I couldn’t find any remorse or reaction.

Indeed, it is a false assumption to think that by featuring 50 Cent you have broken into the American market. Not that easy except the featured artist goes out on his way to put that song on his own album and you are on tour with him to promote the said track. It’s one honest truth we have to accept as drivers of a fast growing industry.

Let me leave you with this Omojuwa’s quote box: “Collaboration should come with agreements that include expectations on the featured artist’s post-studio work. Why feature an artist who’s got combined 10 million Twitter, Facebook, Instagram and Youtube fans if such will not sign up to post links to our feature across all those channels on an agreed number of times? Our artists also need to commit the artists to TV and radio mentions. This music business is more of a business today than it is music; is that not why those involved in the business are making more money than most of those making the music?”

Ugochukwu Favour-Mayor is a Media Personality, PR Specialist and Online Expert @FunCodeMedia. He is the initiator of Most Influential Igbo Personalities (@MIIPng).