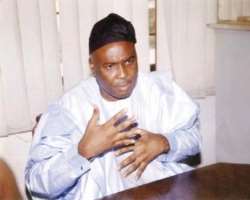 Abuja (THEWILL) – THEWILL investigations has revealed that the Governors of the 36 states will meet on Tuesday to deliberate on the current health and continued absence of the ailing Nigerian President Umaru Musa Yar'Adua, and its implications on their political lives should the military intervene.

Nigerian President Umaru Yar'Adua has been incapacitated for more than 40 days at the King Faisal Specialist Hospital and Research Center in Jeddah for various complications resulting from Churg Strauss Syndrome and has refused to transfer power to the Vice President, Mr. Goodluck Jonathan.

The President's refusal to formally notify the National Assembly of his hospitalization as enshrined in the 1999 Constitution has polarized the electorate that some talk of the possibility of a military coup de tat has started to gain credence.

Last week, the Governors Forum, a group consisting of all the governors, scheduled a meeting at the Kwara State Governor's Lodge in Abuja but could not hold any deliberations because they couldn't form a quorum apparently because of the sudden death and funeral of former first lady, Hajiya Maryam Babangida.

THEWILL gathered that top on the agenda for discussion at the Tuesday meeting will be the President's continued illness, the lack of access to him or credible information on his health, the implications of his refusal to hand over to the Vice President and also the need to calm the country so that the probability of a military intervention is reduced to zero.

An inside source informed THEWILL that some governors intend to spell it out to their colleagues that they will not let the selfish actions of the President or a clique ruin their political careers as a result of a military intervention. Some of the governors we gather have already informed their respective members at the National Assembly to begin to make moves towards reviewing the relevant sections in the constitution to enable Vice President Goodluck Jonathan assume Presidential powers.

The list of people calling on the ailing President to either resign or temporarily hand over to the Vice President continues to grow by the day.

The National Assembly is expected to resume this week after the Christmas and New Year break. No one is certain whether the leadership of the National Assembly have had a change of heart considering they had blocked every attempt at debating the President's absence on the floor of the house. Some legislators have openly criticized the President for heating up the polity over his refusal to hand over to Goodluck Jonathan.

The Nigerian Bar Association, Mr. Femi Falana, and some politicians have gone to court to compel the ailing President to cede power. Falana particularly also wants the court to declare every action that the FEC has taken since the President's hospitalization illegal.

On Wednesday, December 30, 2009, Eight Supreme Court Judges were absent at the controversial swearing-in of Nigeria's new CJN, Justice Aloysius Katsina-Alu by Justice Idris Kutigi, who retired a couple of hours later. The NBA also stayed away from the ceremony calling it an “act of illegality.”

The alleged signing of the 2009 Supplementary Budget by the President on his hospital bed has drawn comments and criticisms from a wide range of audience. Many believe the President's signature may have been forged by some desperados in his 'kitchen cabinet'. There have been calls for the Presidency to show photo proof that the ailing President actually signed the document himself.

Forgery is a felony in Nigeria punishable by imprisonment under Chapter 44 section 467 of the Criminal Code Act of 1990 which states that:

“Any person who forges any document, writing, or seal, is guilty of an offence which, unless otherwise stated, is a felony, and he is liable, if no other punishment is provided, to imprisonment for three years.”

'Punishment in special Cases'
(1) If the thing forged-
(a) Purports to be, or is intended by the offender to be understood to be or to be used as, the public seal of Nigeria or of any State of Nigeria or the great or privy seal of any country of the Commonwealth or under the protection of a Commonwealth country, or seal of the President, or a Governor of a State; or

The offender is liable to imprisonment for life.”