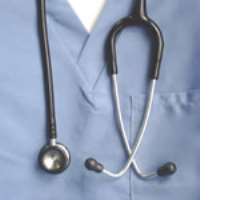 
Police in Nigeria have arrested a doctor suspected of impregnating girls and selling their babies.

The police said they found five pregnant girls aged between 12 and 17 at the doctor's clinic in the south-eastern town of Enugu.

The police said the man had confessed to getting the girls pregnant and selling their children. He is to face charges in court.

Trafficking is common in Nigeria, with children sold for labour and sex work.

In 2008, police raided a private hospital in Enugu which they said was a "baby farm".