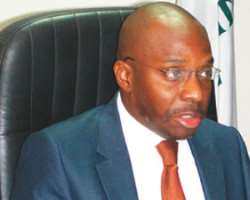 The National Bureau of Statistics on Sunday released the country's labour statistics report for the first quarter of this year, stating that the unemployment rate had increased from 6.4 per cent at the end of the fourth quarter of 2014 to 7.5 per cent.

It stated that in the first three months of this year, the labour force population increased to 73.4 million from 72.9 million in the fourth quarter of 2014, representing 0.69 per cent increase.

This, it noted, implied that 504,596 economically active persons within the age bracket of 15 to 64 entered the labour force.

'Within the same period, the total number in full employment (did something for at least 40 hours) increased by 0.88 per cent. The number of underemployed in the labour force during the review quarter, however, declined by 6.46 per cent, resulting in a reduction in the underemployment rate to 16.6 per cent (12.2 million) from 17.9 per cent (13.1 million) in Q4 2014

'Accordingly, there were a total of 17.7 million people between ages 15 and 65 either unemployed or underemployed in the labour force in Q1 2015,' the report stated.

The report added that the fact that the number of people that became unemployed (861,110) in the first quarter of 2015 exceeded the number that entered the labour force within the same period (504,596) was an indication that some persons previously working in full employment lost their jobs, while others previously underemployed and doing temporary, or part-time work ended whatever they were doing and accordingly now did not have anything to do for at least 20 hours a week during the reference period.