Nine Ways Buhari Can Remake Nigeria By Partnering With PrivateSector 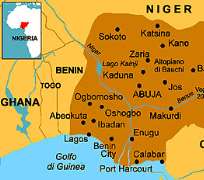 Mr. Buhari also made this ambitious pledge in "My 100 Days Covenant With Nigerians: We promise not to leave any Nigerian behind in our determination to create, expand and ensure equitable and effective allocation of economic opportunities. No matter the amount of funds we generate, unless there is an efficient and effective utilization, it will only create few billionaires. Unless we fight corruption, the economy will only benefit the greedy in our society."

Most Nigerians agree corruption is an evil that needs to be exorcised. Buhari was elected to fight and made promises to win this war. For the record, I support harsh punishment for the perpetrators. However, I question whether fighting corruption should be Job Numero Uno of the new administration… Please hear me out!

The sequence this administration pursues its agenda will be critical. The true mandate could be lost by fixation on corruption at the expense of other challenges that breed degeneracy. Neither the administration nor the people should assume the federal government could solve all these challenges without the private sector. Nigeria needs a boatload of new private sector jobs in a hurry! Ample jobs would help to ameliorate Nigeria's problems, including corruption.

If Nigeria harnesses the power of the media, it would effectively win the war on corruption with little or no public funds and devoid of potential ethnic or selective prosecution. On this I will elaborate later.

Thanks to the cornucopia of evidence, Nigerians stated through the recent elections that derelict elected officials shall be voted out of office. Be warned politicians: going forward, it's all about performance, stupid!

Nigerians, including those of us abroad, need to coalesce to find solutions to our problems. No single group can solve them all.

Before expecting too much from the administration, people need to realize that democracy is an expensive form of government that is sustainable only when efficiently partnered with the private sector.

Positive change does not manifest overnight; it’s often incremental, albeit planned, steady, progressive and cumulative. If the new administration tries to do many things too fast too soon to assuage the voters, it could end up doing none of them well.

Per Buhari, the challenges of Nigeria are surmountable. No need to reinvent the wheel. Nigeria cannot fully adopt American-style democracy without mirroring the American institutions which foster that government in every level. America, with its glaring imperfections, is still a great country to emulate.

The past and present leaders of Nigeria have traveled to or lived in the United States. They know that a good way to liberate themselves (from the stress of insecurity) is to help create more employment opportunities for all Nigerians, especially the middle class and recent graduates.

The Buhari Administration can positively engrave its name in the history book by doing the following:

1 Housing (Specifically single family homes) . "Nigeria is bedeviled with a housing deficit of about 17 million" houses. The private housing industry could create over 50 million good jobs, over time. This alone would solve Nigeria’s unemployment problem. The country can be transformed by establishing new well-planned mega cities near the six super highways (See #3 below and google my article: I am Here to Create New Jobs ).

The streets must be walkable, bikeable and motorable. The cities should have modern amenities like water, waste water, electric power, and technology network. These amenities are great job-creating opportunities.

As homeownership increases in a growing economy, the problems plaguing Nigeria today would shrink to manageable levels. When your homestead represents your largest single investment and the same is the case for your neighbors (and there is the rule of law), armed robbery and Boko Haram would not gain a foothold in that environment.

The solution is not more (Beverly Hills) Lekkis or Maitamas where homes are out of reach of the average person and where everyone is a billionaire. Rather communities need to be planned like our villages where big and small homes co-exist; and where people can put down roots and know their neighbors. Why live behind high insecurity walls of today's transient cities? People toil most of their lives without owning a piece of the city due to the high cost of real estate.

2. Communication: Nigeria should grant free licenses and provide low-interest loans for ten thousand mini-radio and -television stations. I called for 1000 mini radio stations in a previous article; that number needs to be upped to 10,000 stations to blanket the entire country.

Each station can be restricted to about a 10-mile range. This would make each station truly local. As these stations compete, the better managed ones would emerge and buy the weaker stations to form a network or expand into other media like television stations. Starting cost can be as low as $10,000 .

The media is an essential vanguard of democracy. Too much lip service has been paid to corruption; pervasive media is an effective and efficient way of winning the war on corruption. When people have access to timely information on the activities of public servants, public pressure would force behavior modification. For example, if a public servant who makes certain amount of money has unexplainable assets far exceeding the salary, such person should be treated as a common criminal by society. The media is also effective in educating society and curbing crimes. The Chibok girls would have been found by now if Nigeria had tongues wagging 24/7 on 10,000 mini radio and TV stations.

3. Six major highway network s: The super highways should be as straight as possible (even if they bypass today's major cities) because well-planned cities would emerge along these super highways. Notice how the six highways would connect all corners of Nigeria:

If Spanish companies can own toll roads in Texas, international companies can be incentivized to build toll roads and bridges in Nigeria. Heck, the commercial city of Onitsha alone can use 10 bridges across River Niger to eliminate the current bottleneck while stimulating development on both sides of the river; just like Austin, Texas has 10 bridges over the Colorado River. This would free up public funds for other badly needed services like public safety.

A Nigerian (friend of mine, in full disclosure) named Ben Obaretin has a road construction business in Houston, Texas. Other talented folks inside and outside the country should be encouraged to contribute their expertise.

4. Let cities and counties have independent police departments. The police will become more accountable to the citizens when it reports to local city manager, mayor, or county commissioner. This is a more effective system than, say, creating more postage stamp states.

Let there be institutions on every corner, online, on the air, 24-7 as they are in Massachusetts and the Dominican Republic. Let them start with as few as ten students! Let the various levels of education compete in sports and academics to promote excellence while generating funds and creating jobs. Let the market determine the quality of education. That's how the Harvards and Stanfords and Oxfords of the world were created and are maintained.

Get the federal government out of owning/operating schools. US government per se does not own high schools or universities or commercial airline companies or sports teams. They are owned by the private sector, state, or local governments, individuals and religious and civic entities. Encourage wealthy Nigerians to build schools like railroad mogul Leland Stanford did for Stanford University (to memorialize his only son) or John D. Rockefeller did in 1891 for the University of Chicago. Rockefeller prophetically described the donation to establish the university as “the best investment I ever made.”

All that (legal or illegal) wealth should be invested in lasting legacies, not misused on disposable luxury cars, rarely utilized mansions without resale values, diabetes-inducing parties, foreign medical treatment travels, and culminating in, elaborate funerals.

6. Former River State Governor Rotimi Amaechi should be commended for promoting the Indigene Law. All states should establish the Indigene Law. The essence of this law in curbing tribalism and promoting unity cannot be overestimated. Nigerians and immigrants should be encouraged to have roots (and have full rights) in a new place in as little of one year of living there. When you own a piece of something, you protect and preserve that asset. This idea of being treated as an alien in one part of Nigeria because your parents were born in another part of the country is destructive to all parties.

7. Progressive Taxation: Everyone wants to receive benefits of taxes but no one likes to pay them. A good taxation system is paramount in the orderly development of a nation. We should support the work of every Zacchaeus because without them, we cannot adequately fund and sustain developments. The cities, villages, local governments and neighborhoods should have taxing authorities to provide the level of service residents demand. Taxation can be a powerful tool of governance and accountability. Where people pay their hard earned money in taxes, they demand better services, and severe punishment for those who embezzle communal resources. Also they welcome new productive residents to help them further develop and maintain that community.

8. Attract Immigrants to Nigeria: Natives are often threatened by foreigners who come in with nothing and through handwork become successful. Instead of being jealous, natives should encourage immigrants to not just come but to establish deeper roots. Immigrants being different bring unique drives, cultures, intellects, education, etc. Those are assets to be harnessed, not chased away.

The United States does this better than other countries. America has the generational benefits to prove it! Elon Musk is a South African genius who is creating scores of jobs in America. How many Nigerians have thrived abroad? The answer is thousands, if not millions. Why have they excelled overseas and not at home? Immigrants are the spice of life! Xenophobia is an ill wind that does nobody good.

9. Promote Food Safety And Natural Healthcare.
Everyone eats and needs good health to perform at optimal levels. Prevention is better than cure as we know. The safety of Nigerian food production should be improved. All foods for human consumption should be produced under sanitary conditions.

Nations like China and India are returning to their roots to promote good health. They realize the virtues of not believing solely in Western medicines at the expense of the true and tested traditional medicines. In Nigeria, Western medicine and religious beliefs have combined to give a bad name to traditional measures that sustained our forefathers for thousands of years.

This is not to advocate one method over the other; rather to opine that the good in both should be studied and allowed to co-exist based on their efficacy. Some Western medical professionals are now touting the benefits of herbs, mind over body techniques of yoga, tai chi, Pilates, meditation, etc. Let us preserve the positive aspects of our medical heritage in combination with scientific advancements of the modern world.

Religious denominations should establish more medical institutions in the communities they serve. These could be professionally managed for-profit institutions. They would prolong the lives of Nigerians, including those with warped habits of shuttling overseas for medical treatments.

The new cities with modern amenities would promote wellness. Too many Nigerians prematurely die from or are sickened by malaria, typhoid fever, asthma, obesity, and dysentery. These are diseases that are either caused or exacerbated by unsanitary conditions. Imagine the productivity loss from sickness and premature deaths! The bereaved suffer emotionally, physically, socially, and financially. Today's high funeral costs are fueled in part by poverty, crime, and corruption. The Federal Government, media, and religious organizations should educate Nigerians to reduce funeral costs. Let us repurpose these funds to improve the lives of the living around us. If elaborate funerals raised the dead, all the pharaohs would be alive today.

Chuks UC Ukaoma and his family reside in Texas, USA

He has 20 years’ experience in the new home industry.