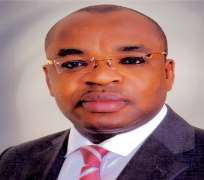 As world leaders continue their show of support for Nigeria's democratic revolution, a former United States Ambassador (ret.) Herman J. Cohen has added his voice, commending President Goodluck Jonathan for his decision to concede defeat to his opponent

Ambassador Cohen, in a message sent to The Nigerian Voice, declared that the people of Nigeria have wisely decided to support change that should bring greater wealth and security to working and middle class citizens.

Cohen and Woods also congratulated Mr.Udom Emmanuel, the Governor - elect of Akwa Ibom State of Nigeria, the new hub of Nigeria's South South region, for emerging as the winner of Akwa Ibom State gubernatorial election. According to the statement, Ambassador Herman Jay Cohen, (rtd.), is personally optimistic of the enviable heights that the governor- elect will take the people of Akwa Ibom to, taking a cue from his knowledge of the art of leadership which he mastered and perfected in the United States of America. Cohen and Woods International believes that many United States Companies and businesses especially members of the United States Corporate Council on Africa (a trade association that promotes trade between the US and Africa) will be interested in partnering with the State of Akwa Ibom.

" The Cohen and Woods consulting team stands ready to support the Governor-elect, Mr Udom Emmanuel and his new administration in a variety of ways, including economic planning, setting of investment priorities, support for increased private investment, and public relations in the United States. We look forward to a great and prosperous future for the people of Akwa Ibom"

Ambassador Herman Jay "Hank" Cohen, as he is widely known, had served as the United States Assistant Secretary of State for African Affairs from 1989 to 1993.

His lobbying firm, "Cohen and Woods International", has represented various African nations and states just as he brokered an end to the Eritrean-Ethiopian War in 1991.

As part of his work in Africa, Cohen observed the Angolan presidential election of 1992 and concluded the election had been "free and fair," a conclusion in stark contrast to most observers and human rights organizations which found massive electoral fraud. According to Cohen, Jonas Savimbi of UNITA, the leading opposition candidate, told Cohen prior to the election that he would not accept defeat, that he would revive the war with the MPLA.

Following the death of Jeremias Chitunda, the Vice President of UNITA, on November 2, 1992, Cohen speculated Chitunda may not have been murdered. Chitunda and two of his aides were pulled from their car and shot in the face. According to Cohen, the incident may have been an "accident."

In 1993 Cohen resigned from his office. He registered with the Justice Department as a foreign agent of the Angolan government. When his firm's contract with the government ended, he went to work for several African countries, regions, States and local authorities.