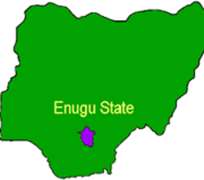 A non-governmental Organisation based in Enugu under the auspices of Enugu-042 Peoples Assembly has challenged the call by the defeated governorship candidate of the All Progressive Congress (APC), Chief Okey Ezea that the election should be cancelled, adding that it is on record that the Independent National Electoral Commission (INEC) performed its duties creditably in the just-concluded general elections and was highly commended by Nigerians, international community, media and both local and foreign observers.

In a statement issued in Enugu signed by the Chairman, Engr. Oliver Obi Nweke and Hon. Innocent Ozoemena, Secretary, the association said that in Enugu State the elections were widely adjudged as transparent, peaceful, credible and free and fair not only by the electorate, observers and the media, but also by most of those who contested against the candidates of the Peoples Democratic Party (PDP).

“The interview granted by the governorship candidate of the All Progressives Congress (APC) in Enugu State, Barr. Okey Ezea in page 43 of the Sun newspaper of April 22, 2015, entitled 'Ezea: Why I Want Enugu Poll Cancelled' is most unfortunate, false, mischievous, laughable and at variance with what truly transpired during the elections.

“For instance, Ezea, among other false and mischievous allegations, alleged that 'INEC colluded with the PDP in Enugu' to manipulate the outcome of the elections. He also alleged that 'somebody was arrested with about 700 permanent voters cards (PVCs)' in Amube polling booth during the general elections.

“Ordinarily, our group, made up of men and women of integrity across the 17 Local Government Areas of the State  with dominant interests in promoting peace, good governance and political stability in the State would have wished not to join issues with the APC governorship candidate knowing full well his antecedents and penchant for serial blackmail, mischief and falsehood borne out of his arrogance and weird attitude towards political issues.

“However, since his latest attack on INEC, Security Agencies and the PDP is capable of misleading the public and undermining the credibility of the entire electoral exercise in the State, which we painstakingly monitored, the need to put the record straight becomes imperative.

“We therefore, describe the allegations by Ezea as not only mischievous but also another fruitless attempt by him to overheat the polity, misrepresent facts and discredit INEC and the process of the elections which had been widely acclaimed as transparent, credible and peaceful.

“On the alleged arrest of some persons with PVCs, our submission is that the allegation is untrue as we did not witness such incident during the elections and no such case was ever reported by the police. Rather the unfounded allegation by Ezea was a cooked up story designed to paint INEC, the PDP and others in bad light.

“For example, at Amube polling booth where Ezea mischievously alleged that somebody was arrested with about 700 PVCs, it is on record that the said polling booth was the centre of attention of all the media houses in the country, including the security agencies, INEC and both local and foreign observers, who were all on ground during the election days to monitor the exercise. It is therefore, strange to note that none of these bodies, including our group, witnessed when anyone was either arrested for such an offence or interviewed as was alleged by Ezea.

“What is more worrisome is the fact that the voting strength of the said polling booth, according to records available, is not up to 700 voters and going by the large number of voters that came out to cast their votes, it becomes clearer that Ezea in his usual tricky manner was only chasing shadows and laying frivolous allegations to discredit properly-conducted elections in Enugu State. We therefore challenge Ezea to provide the evidence as he claimed to back up his wild allegation.

“We are aware that he stage-managed mock elections in some locations in the State prior to the days of the general elections, where he mischievously took video clips and interviews of some persons purporting that the properly-conducted elections were marred with irregularities in his desperate and failed attempt to mislead the public and blackmail INEC and the PDP.

“We are not in any form perturbed by the unfortunate activities of Ezea in consistently peddling false allegations against the process of the elections in Enugu State in order to seek cheap popularity and whip up undue sentiment, but we are worried that he has refused to accept the glaring truth that he lost the election, and ought to have conceded defeat and congratulated the people's choice as have been demonstrated at the national level and several other States.

“Enugu people were also aware that he never deemed it fit to campaign for his election until barely 10 days to the governorship election when Rtd. Gen. Mohammadu Buhari of the APC was announced the winner of the Presidential election.

“There is no gainsaying that the people of Enugu State through the outcome of the elections wholeheartedly demonstrated their love and overwhelming support for the PDP and its candidates and no amount of blackmail and blatant lies will dissuade the people from sustaining this mark of goodwill.

“The allegation that his opponent’s political party engaged in acts of 'violence, thuggery, intimidation and harassment' during the elections is spurious.”

“We advise him to tell the world the role he played in unleashing terror and violence in his Igbo Eze South Local Government Area on the day of the Governorship election. We are aware of the number of armed thugs he recruited and imported into the Local Government Area to attack and chase away supporters of other political parties including their agents in order to enable him rig the election. There is a recorded evidence of how his thugs manhandled the Head of State Security Services (SSS) in Igbo Eze South Local Government Area, which led to his being hospitalized - a case that prompted the Deputy Director of the SSS to visit him in the hospital and as well take note of what transpired. This same man also sent his thugs to beat up the Divisional Officer of the Civil Defence Corp in charge of the Local Government Area, which also attracted the attention of the South East Deputy Commander of the Corp.”

“His atrocities against humanity and the peaceful growth of the democratic process in the State have grown wings even within his party, the APC. We are all aware that his party men and women accused him in the media of sponsoring thugs that attacked them at the Enugu Campaign office of Rtd. Gen. Mohammadu Buhari for demanding that campaign funds released from the National Secretariat of their party (APC) be accounted for.  It is heartrending to note that his party men and women whom he had oppressed with his highhandedness rejected him at the poll and overwhelmingly voted for the candidate of another political party, even as they are still accusing him of mismanaging campaign funds released by his party's National Headquarters for the prosecution of its electoral campaign in Enugu State.  His trade mark jumping from one political party to another in pursuance of his blind ambition has remained a source of worry to most of us who understand the meaning of party loyalty.”

“In view of the above, we call on the general public to disregard the unfortunate ranting of this serial loser, as he is seeking undue attention after his usual and predictable dismal outing in the last governorship election in Enugu State.”

“We are convinced that this crass desperation by Ezea will not in any form distract the ruling party in the State from its resolve to provide good governance and sustain the existing peace and tempo of development in the State,” the group stated.