WHAT THE BUHARI/OSINBAJO GOVERNMENT SHOULD DO TO IMPROVE POWER SUPPLY. 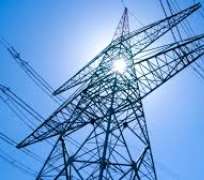 Now that the APC has won the March 28 Presidential elections, one of the Major concerns is how the new government will deliver affordable uninterrupted Power to Nigerians.

Recall that the then Minister of Power under the Obasanjo government, the late Bola Ige, promised Nigerians that the challenges over power supply would become history within six months of his assumption of duty. At the end of the day, he could not deliver on his promise.

Former President Obasanjo, in a recent reaction, blamed Ige for 'his' failed promises and exonerated himself from the decision to solve the problem in the power industry in six months; Obasanjo eventually also found the power deficit difficult to overcome in his eight years in office.

Ige's Promise was however naïve at best.
According to Obasanjo, “If you will remember, when I came back in 1999, my first Minister of Power was late Bola Ige. I won't say Bola didn't know what he was doing and he said publicly that he would fix the power problems in six months.

“After one year, Bola with his capacity couldn't fathom what was wrong with power. It was riddled with corruption. Then we had no money, people have forgotten that in 1999/2000, the price of crude oil was $9 per barrel.” he said.

Obasanjo further expressed his disappointment in the late President Yar'Adua because, according to him, he failed to understand what to do at the right time.

In the reports presented before the House of Representatives in 2009, it was later established that Obasanjo had expended $3.08 billion on Power Generation.

So why didn't Power generation improve? Well, actually it did.

Senator Ngige, in November 2012 at the Nnamdi Azikiwe University, Awka, was quoted as saying all the Power Plants Obasanjo built were located based on Political calculations and they were not close to transmission lines or Gas lines.

This has been shown not to be true, details as follows:

1) The Papalanto and Omotosho plants were located less than five kilometres to the existing Escravos – Lagos Gas Pipeline making the cost of connecting them to gas about $4m each.

2) The Geregu plant was located less than eight kilometres from the existing Pipeline that takes gas to the Ajaokuta Steel plant.

3) The AfamV Plant was located within the existing Afam Power Plant and therefore did not need any special pipe laying.

4) The distance of all the four power plants from existing major transmission lines is less than two kilometres making the cost of connection to the National Grid infinitesimal.

5) The turnkey costs of all the four power plants were less than $500 per megawatt which was verified by the Due Process Office to be globally very competitive. The benchmark price used for the NIPP projects which came up later was more than $1000 per megawatt.

6) All the four plants were completed within 24 months from contractors' mobilisation, making them the fastest of deliveries in the history of Nigeria. AfamV was commissioned within 12 months!

7) A concessionary funding programme was negotiated with the Chinese Exim Bank for the Papalanto and Omotosho power plants through which Nigerian government paid only 35 per cent of their cost for the plants to be delivered. The balance of 65 per cent was supposed to be paid over a seven year period at six per cent interest rate and two years moratorium. The idea was that after paying 35 per cent and the plant was completed within two years, the income from generated power would be used to pay up the balance of 65 per cent without recourse to the Nigerian treasury!. Sounds like a plan doesn't it?

The truth is that Power generation improved significantly under The Obasanjo government, between June 2000 and December 2002, our electricity generation capacity increased from 1425 to 4300 megawatts. Both the transmission and distribution subsections were strengthened such that peak load (delivered) for the first time in the history of Nigeria surpassed the 2400 megawatts maximum in 2002. The establishment of the Papalanto (335MW), Omotosho (335MW), Geregu (410MW), Afam V (276MW), Enron IPP(280MW) andKwale IPP (450MW) were added during the same period with the view of increasing the 4300MW generation capacity to about 6000MW. That was also the period when the Power Sector Reform Bill was crafted and submitted to the National Assembly to pave way for a more efficient deregulated power sector which we now have today.

The major reason why Nigeria has not achieved the 6,000mw goal is vandalism of gas pipelines. In this regard, the Buhari/Osinbajo government will have to tackle this gas pipeline vandalism problem head on.

There is no other way on the Long term.
Technically, Nigeria doesn't have a Power Generation Problem per se; it has a gas distribution problem.

In this regard, the Lagos government and many private estates in Lagos have been able to identify the problem and switch to off grid captive power generation powered by Compressed Natural Gas /Diesel, enabling them enjoy 24hrs Electricity.

The Buhari/Osinbajo government will in the short term need to replicate this in industrial clusters, thereby freeing up more capacity for the grid. To do this, the power sector laws need to be relaxed as presently, only the licensed distribution companies are allowed to trade in power, Presently, such off grid power generating plants can only be used by the generating entity.

Once this is achieved, focus must be shift to improving the capacity of the grid. Presently the National grid can only transmit about 7200mw while analysts have said Nigeria needs at least 40,000mw to achieve stable electricity.

Muyiwa Abiodun is a Board Member of Energy savers Nigeria, he is a Utility engineer who has designed and built over 40mw of off grid Power.