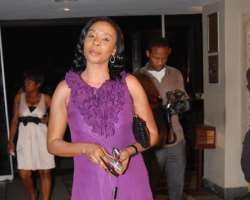 Street Champz, a brand new talent hunt cum reality TV show that will proactively advance creative entertainment and generously reward talents in the categories of music, drama, comedy and entertainment variety act, has berthed with so many mouth-watering prizes and benefits for interested Nigerians. Interestingly, Kevin Pam, the Jos, Plateau State born emerging entertainer/celebrity, who won the fourth season of the popular reality TV show-Big Brother Africa; is the face of the project. Hugely powered by Street Champz UK, a United Kingdom based entertainment and artiste Management Company founded by some Nigerian born but UK based entertainment personalities. Mr. Pam also doubles as the project's Public Relations Officer.

While speaking at the unveiling ceremony Mr. Pam, also known as Jostified disclosed that he signed up to work on the project because it aligns with his ambition of giving up and coming entertainers the opportunities to showcase their talents. He further described the Street Champz project as different and unique, adding that the show represents a determination on the part of some well meaning and reputable Nigerians to improve the lot of the talents that abound in Nigeria. “Nigerian is blessed with talents. We have not even discovered one percent of the talents that we have in this country”. He also posited that Street Champz as a unique project has been designed to bring a new experience to the viewing public in Nigeria, the moment it goes on air soon.

In his welcome address, the Chairman of the project's management team, Prince Emman-Stanford Amgbaduba maintained that Street Champz was founded to discover raw talents in entertainment and arts from the streets. Prince Amgbaduba further stated that the board of Street Champz was propelled to introduce the project because of the need to nurture, promote and manage such talents to their full potentials and stardom as well as providing the unique platform. Street Champz, he maintained provides the platform for the talents to contest in four categories that include; music, drama, comedy and variety act. 'This is why the project is unique. We are looking at talents in four different areas and not just in an area, which is the trend. Our recurring theme in this project shall be excellence at all levels at all time and to achieve this, we are bringing in foreign experts and companies to partner with us on this project. We have also signed on the best of
Nollywood and the entertainment industry in the country to be judges, consultants, mentors, presenters and project managers for this project. Some of our judges include: Kate Henshaw-Nuttal, Alex Usifo and Oritz Williki”.

Veteran musician and entertainer, Oritz Wiliki who attended the unveiling ceremony commended the organizers for bringing in a new dimension in talent hunt shows to Nigeria.

winnings, the artiste management arm of the company will work with the winners to ensure that the winners produce at least two professional works during this period” he submitted. The Administrative and Finance Director of the project, Mr. Olaniyi Ogun maintained that as a global entertainment and artiste management company, they have put in place a high performance business modules that will further expose the talents after the show.

Shedding more light on the level of technical input, Mr. Kingsley Kerry, the Technical Director of Street Champz assured that they will deliver a reality show of international standard whose recurring theme will be excellence at all levels and all times. “We shall be deploying the latest in technology as never seen before. We have contracted experts in lighting and graphic designs. It will interest you to know that the foreign experts that have been contracted are the same ones behind X-factor, one of Britain's hottest talent shows.” Soft spoken Kerry who has been working in both television and film for over a decade disclosed that the company has contracted Bold Faces presenter, Tricia Eseigbe Kerry and Veronica Edafe among other presenters to anchor the show, which will begin soon with a nationwide audition where 39 finalists will emerge from the boot camp for the live broadcast of the competition. The boot camp as Kerry explained will be the
sifting point for all winners recruited from the States and from each category.

Tricia Esiegbe Kerry who was present at the ceremony said she was glad to be part of the project, adding that the organizers are definitely going to change the concept of reality shows in Nigeria.