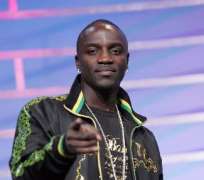 Senegalese-born international music star Akon and Grammy nominee Keri Hilson including two-time Grammy Award-winning Soweto Gospel Choir have teamed up to create an African inspired song, Oh Africa, which would go on air in Nigeria any moment from now.

Facilitated and sponsored by Pepsi-Cola International, the song has been produced to benefit underprivileged African youth.

The international release of the track and accompanying video took place on Sunday, January 31 2010 and was premiered during the Grammy Awards Pre-Telecast stream on 'Grammy Live,' an online destination for all things Grammy featuring 72 hours of live coverage.

The song and video were formally launched into the Nigerian market on Tuesday, March 30, 2010 at the Volar Bar, Jade Restaurant, Victoria Island, Lagos in what has been described as a celebration of Africa. It's also a celebration of the Nigerian upcoming music star Folakemi who took part in the music.

Written by hip-hop duo and writers to the stars, Rock City and produced by Prettiboifresh, Oh Africa sees 16 aspiring young musicians from around the world join forces with Akon and Keri Hilson.

A portion of the proceeds from the energetic new track, which would also be the soundtrack for the Pepsi's 2010 football campaign, will go towards supporting disadvantaged African youth. Akon's Konfidence Foundation and other great charities designated by Keri Hilson and Pepsi will partner in the distribution of funds.

Says Hilson: 'I'm very glad that I could take part in doing something positive for people who I've never met and that's always a great feeling.'

PepsiCo International's, Chief Marketing Officer, Simon Lowden commented thus: '2010 is an extraordinary year for football as the eyes of the world focus on Africa. To mark this occasion we set out to create a song to support our 2010 football campaign that not only captures the passion of Africa but at the same time gives something back to this remarkable continent. With this in mind, it made sense for us to join forces with multi-platinum selling Artiste Akon and Grammy-nominee Keri Hilson to help turn our vision into a reality. We're really excited about the single and hope it raises an enormous amount of money for less fortunate children in Africa who really need our help.'