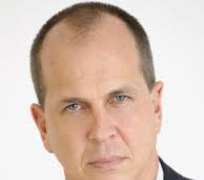 The release of three international news network, Al Jazeera, journalists from a Cairo jail the other day evokes only a little cheer and merely serves as a stark reminder of the incarceration, maiming and killing of  journalists as well as many other people in Egypt and other parts of the world where the freedom of expression and the Press has been brutally curtailed.

Sadly, by the end of last year, 221 journalists were estimated to have been jailed worldwide. Most of the attacks on journalists come from state authorities that ought to consider journalists as partners in nation building.  Such state authorities attack journalists obviously when they feel threatened that the reporting of  their wrong-headed and selfish actions and policies would  trigger their people's animus against them, underscoring a lack of transparency in governance and a descent into tyranny.  For no government or state with the right motives and actions need fear journalists whose sole duty is to tell the citizenry and the outside world how a given state or government is faring.

After spending between 400 and 411 days in prison on charges that included aiding a terrorist group, Australian Peter Greste and two of his Al Jazeera  colleagues, Canadian-Egyptian Mohamed Fahmy and Egyptian national Baher Mohamed were released from jail. The three were sentenced to between seven and 10 years on charges including spreading lies to help a terrorist organisation, a reference to the outlawed Muslim Brotherhood. Their employer and the three journalists have vehemently denied the allegation.

Regrettably, the indiscriminate arrest and imprisonment of journalists  in Egypt negate the post-revolution  freedom that was envisaged after the fall of  President Hosni Mubarak in 2011. In its relapse into an authoritarian state, Egypt has become oblivious to the fact that one unforgettable spark of the uprising against Mubarak was the death in 2010 of Khaled Said, a young Egyptian man who was beaten to death by the police.

Now, about  four  years after the revolution, the reenactment of such police brutality is claiming journalists as victims. Worst still, many other Egyptians have been subjected to abuse, torture and imprisonment. In fact, there is a proliferation of arrests and tortures of journalists and others under the ambiguous  rubric  of  'war against terrorism.'

Clearly, one sign that a state is in the throes of authoritarianism is when it begins to abridge the freedom of expression. This is why a country  like Libya, in its current post-revolution era, has also launched attacks on the limited  freedom  that existed under the slain leader of the country, Muammar Gaddafi. Indeed, a 54-page report by Human Rights  Watch  released in Tunisia  said journalists in Libya are 'assaulted, kidnapped and killed with impunity.' The report lamented that journalists  were  among  the  250 people killed in apparent  politically motivated assassinations in 2014. It documented at least 91 cases of threats and assaults against journalists , 14 of them women, from mid-2012 until November 2014, including 30 kidnappings  and eight killings. The report further highlighted 26 armed  attacks  against media headquarters over the same period, noting that evidence suggests that the armed groups sought to punish journalists  and media outlets for their reporting, their opinions, or their perceived sympathies.

In different parts of the world where there are crises, journalists are often the first to suffer. In Syria, after three months of abduction and weeks of threats of execution, Japanese journalist Kenji Goto was  beheaded  by the Islamic State and a few weeks ago, the offices of the publication Chalie Hebdo in Paris were attacked  and about 10 journalists were  killed. In Nigeria for instance, despite the Freedom of Information Act, state officials have harassed journalists in the course of carrying out their normal duties.  Journalists should be seen as partners in nation building  and  not threats to any state or government.  Governments can only be  threatened if their policies and actions negate the well-being of the people they are meant to serve.

Countries that are unlawfully holding journalists in detention should tread the honourable path of setting them free. Instead of harassing and  threatening  journalists,  governments should actually create the environment for freedom of expression. Therein lies liberty and democracy, therein lies the success of such governments and the progress of their people.