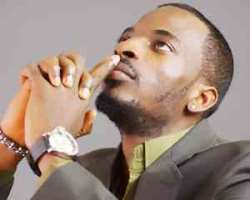 Singer, 9ice has embarked on his first performance tour of Europe. According to his manager, Oladehinde Fajana, who is on the trip with him, the bestselling act, who separated from his wife January, left Nigeria on Tuesday March 23 aboard KLM, for Italy where he kicked off his 'tour'.

From Italy, the train will move to Switzerland where 9ice is scheduled to perform in Basel. ''We're back in Italy on April 3, for another set of shows in Torino and Napoli; before moving to Germany on April 5.'

The chain of gigs, according to 9ice, is to promote his current album Tradition, and 'connect with fans who have been yearning to see us perform.'

'We'll also explore the possibilities of shooting some videos while we're here, as well as look at working with their local artistes.'