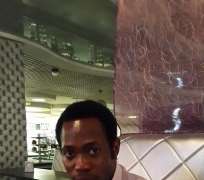 Dear Mr President, first, please pardon me Your Excellency for writing you at this tense political moment in our country history, a time when you have serious political campaigning to do.Obviously this is not the best time to write this kind of letters but I feel compelled to write after the postponement of the general elections and the backlash that followed.

Wherever I have travelled, be it in Africa or overseas, the first question people asked as soon as I have introduced myself as a Nigerian is, “How is corruption in Nigeria?”This is a question that always confuses me regarding what the various questioners really want to know about the country.It is also a question that often steals the limelight from me, as people seemingly want to know more about the level of corruption and insecurity in the country, rather than the huge potentials in country.

In 2010, we watched you do your thing as leader of our republic, and as has been the reality over the past 5 years of your rule, there were as many people singing your praises as there were those excoriating you for all that is not right with our beloved country.Mr. President, we have been listening to speech after speech from you where you invariably promise us a better life, better leadership, corruption-busting, jobs, a better economy, freedom, justice and a “new” Nigeria where young people can aspire and prosper.

Indeed, our hopes as Nigerians are that we would finally get to have a feel of the good life during your government, and not endure the pain and indignity of watching our relatives, friends and acquaintances living in other countries doing well and showing off to us.Among other things we hoped for,Mr. President, during your historic election in 2011 were: fixing the potholes on our roads, constant electricity supply your promised would be achieved within a few years, among others.

But you failed to meet our aspiration and the pain of the populace has become unbearable, making your departure through the ballot box almost a certainty. But you should leave honourably instead of trying to buy time by postponing the election. The postponement will do you no favour, surely. If the army could not defeat the insurgents in six years, then only a fool would believe 6 weeksextensionwill be the answer. Even the world super powers have not defeat any kind of rebellion in six weeks.

Mr President, we all remember how you promised to create job opportunities for Nigerians, but what you rather did was sending our beloved graduates to their early graves. The immigration recruitment tragedy is something that I will never forget in my life, and the families of the departed souls can't wait to avenge their loss through the ballot box come March 28th.Mr. President you may want to know that many of my colleagues who graduated same year you were elected president are still unemployed up till today, and they have also failed to secure loans to start their own businesses. Their percentage on the total numbers of eligible voters may be small, but they have resolved to ensure it makes the needed difference come March 28th.

Rightly or wrongly, many people see you as the catalyst behind their success or failure, and I understand it could be difficult carrying the burden of having to make the wishes of over 170 million people come true.I do not have much to ask, but that you keep your promise of handing over come May 29, 2015 if you lose the election. Our desire is to try something new, something different from the PDP. And no amount of bribery can stop it; we need to save the future of our children and that of the unborn generation.

It is the hope of many Nigerians that the men and women you chose to help you run the country in Cabinet will deliver as expected of them, and not spend so much time gossiping about each other and politicking mindlessly.All eyes are again on you this year, as they have been for the past 5 years, hoping that we finally say goodbye to your government that has brought us so many agonizing and painful experiences; we have had enough of impunity, fake promises, insecurity, and unemployment that has become the trademark of your administration.

Finally, I'm also patiently looking forward to you handing over to General Muhammadu Buhari come May 29 and offering an unreserved apology for failing a nation of over 170 million people.