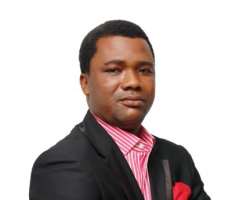 Speaking to newsmen in Lagos, Don Pedro Aganbi said “as the commercial nerve center of the economy, Lagos state certainly needs a governor that has a clear cut idea and vision on what and how he intends to run the economy of a complex state like Lagos State because the State produces about 12 per cent of Nigeria's GDP, which is equivalent to over $32 billion and it has been predicted that Lagos State economy will become Africa's 13th biggest economy in 2015 at approximately $45 billion – equivalent to that of Ghana.” He posited

Speaking further, Don Pedro Aganbi who is also the owner of Tech TV Nigeria, organizers of the governorship debate said that questions are going to be drawn from the economy; Information Communications Technology (ICT) Entertainment, Security, transportation among others

He said the audience, numbering not more than 200, would be drawn from civil organisations, non-governmental organisations, the entertainment industry, business community and the media, among others.

The debate which is slated for February 11, 2014 is tagged “ Lagos decides 2015” and it is organized by Tech TV in conjunction with Actors Guild of Nigeria, Lagos Chapter, Nigeria ICT Broadcasters Network, springboard, Network of entertainers among others and would be broadcast live on NTA.