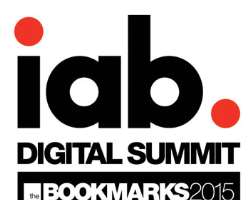 JOHANNESBURG, South-Africa, January 20, 2015/African Press Organization (APO)/ -- IAB South Africa (http://iabsa.net) is pleased to announce that BBC.com (http://www.bbc.com) has come on board as the official sponsor of what is set to be the South African digital industry's most prestigious event, the IAB Digital Summit (http://iabsa.net/summit/home). This high profile sponsorship is indicative of the calibre of the inaugural event, which will showcase compelling content and insights from globally-renowned thought leaders and digital professionals.

Speakers will focus on a number of topics that promise technologically advanced, interactive and engaging content to illustrate how digital can be used to create effective marketing. The summit will bring together industry leaders to discuss the latest thinking around digital marketing to stimulate learning and commerce within the digital space.

In addition, the IAB South Africa have announced that 2015 is set to be a watershed year for the 2015 IAB South Africa Bookmark Awards, owing to a record-breaking 30% increase in the number of entries. The annual awards is now in its 7th year of recognising the brightest and best in digital creative work and execution that delivers measurable results.

“We are excited to award South Africa's world class digital talent, and to launch what is set to be one of the most anticipated annual events on the digital industry's calendar. We have secured the top thinkers in the industry, who will undoubtably inspire all those who attend” says Josephine Buys, CEO IAB SA.

Several one-hour think-tank sessions will be hosted by IAB members at the end of the summit day. These sessions will be held at a variety of Newtown venues within walking distance of the main event and will enable delegates to engage personally with the high profile presenters and other 'digirati' in small group settings. Attendance of the added-value think-tank sessions is complementary on a first come, first served basis.

The IAB Digital Summit takes place on the 19th of February 2015 at the Turbine Hall in Newtown Precinct, Johannesburg. It will be followed by the IAB Bookmarks Awards, which celebrates the most creative and high-impact digital executions across South Africa. Over and above the Digital Summit sponsorship by BBC.com, other partnerships include Bizcommunity.com as the official media partner and News24.com, Gumtree, Standard Bank, Outbrain, Opera, and SABC Digital Media as event partners.

Ticket sales for the IAB Digital Summit in association with BBC.com are now open at a cost of R3500 for members and R4500 for non-members. This includes free think tank session attendance, which will be available on a first-come, first-served basis. Tickets to the Bookmarks Awards ceremony are also available at a member price of R630 and R660 for non-members or R850 and R950 to attend both the awards and after-party. After-party only tickets for members are R220 and R290 for non-members. For bookings please mail [email protected], call 083 845 8617 or visit http://www.iabevents.co.za/IABSummit/ to book tickets directly.

About the IAB Digital Summit and Bookmarks Awards:

The Bookmarks Awards is an IAB South Africa initiative (http://iabsa.net), celebrating its 7th year in 2014/15. This is the local digital industry's highest calibre awards aimed at identifying and rewarding excellence in digital creative work and execution. Benchmarked against international standards and measurable results, it is judged by a host of local and international judges.

BBC.com (http://www.bbc.com) offers up-to-the minute international news and in-depth analysis to more than 76 million unique browsers each month. It has 72 million monthly page views in Africa and a billion page views per month worldwide. The new Africa edition of the BBC.com homepage (launching later this month) ensures that digital audiences in Africa, coming to the BBC, see a homepage more relevant to the continent, with prioritised reporting for and about Africa, bringing together news, sport, business, tech and other updates as well as long-form features and video.

Book your seat: IAB Digital Summit in association with BBC.com, 19 Feb at Turbine Hall, followed by the Bookmarks Awards. http://www.iabevents.co.za/IABSummit/