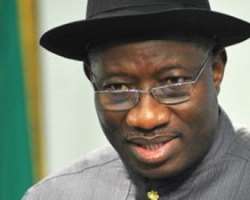 The Presidency has constituted a Campaign Organisation for the 2015 presidential elections.

A statement from the office of the Senior Special Adviser on Political Matters to the President, Professor Rufai Ahmed Alkali announced  former Works Minister and chairman, PDP Board of Trustees (BoT), Chief Tony Anenih as  the national campaign adviser and former national chairman of the party, Dr. Ahmadu Ali as  director-general of the campaign organisation.

Other members of the team tagged, Presidential Campaign Organization 2015 (PCO), which will be inaugurated on Monday, are former Education Minister, Professor Tunde Adeniran and Professor Jerry Gana.

The former will serve as deputy-director general (head office), while the latter will assume the exalted office of director of contact and mobililization. Chairman, Capital Oil and Gas, Ifeanyi Uba, was announced as the deputy- director, contact and mobilization.