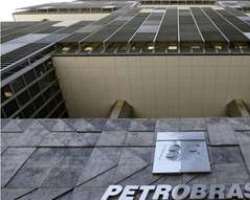 The US city of Providence, Rhode Island is suing the Brazilian state-run oil company Petrobras over investor losses due to a corruption scandal.

Unlike other class actions, some of the company’s senior executives have also been named as defendants.

Providence alleges that Petrobras made false statements to investors that inflated the company’s value.

Its lawyers say that when the corruption scandal broke, the city’s investments plummeted.

So far, 39 people in Brazil have been indicted on charges that include corruption, money laundering and racketeering.

They have been accused of forming a cartel to drive up the prices of major Petrobras infrastructure projects and of channelling money into a kickback scheme at Petrobras to pay politicians.

The executives could face sentences of more than 20 years in jail.

Some Petrobras executives could face up to 20 years in prison

The case has shaken the government of President Dilma Rousseff, who served as chair of the Petrobras board for seven years until 2010.

She has denied any knowledge of the scheme.
According to the Brazilian Federal Police the group under investigation moved more than $3.9bn (£2.5bn) in what police describe as “atypical” financial transactions.

Brazilian courts have blocked around $270m in assets belonging to various suspects. Federal agents revealed contracts worth $22bn are regarded as suspicious.

Former Petrobras director Paulo Roberto Costa, who worked at the company from 2004 to 2012, has told investigators that politicians received a 3% commission on contracts signed during this period. BBC