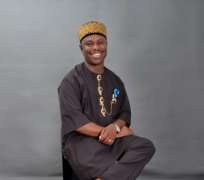 The All Progressives Congress, APC, is set to flag-off its governorship campaign rally in Rivers State during which Dr. Dakuku Adol Peterside, its governorship candidate, will be officially presented to the public. The event which will take place at the Liberation Stadium in Port Harcourt, on Monday, at 8.00am, will have in attendance as Special Guest, Governor Chibuike Amaechi. National officers of APC are also expected to be part of an anticipated massive crowd.

A statement released in Port Harcourt on Saturday by Mrs. Ibim Semenitari, Chairman, Media & Publicity Committee, All Progressives Congress Governorship Campaign Organisation, said the event, to attract thousands of APC supporters from the 23 local government areas of the state, will be used by Dr. Peterside to launch the Roadmap to Prosperity, an economic blue-print formulated by the APC candidate to form the basis of his development plan for Rivers State.

While calling on APC members and the general public to attend, the statement added that adequate security measures have been made to ensure hitch-free campaign inauguration.