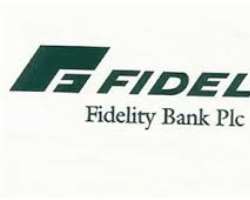 He said the bank's commitment had informed its decision to introduce the 'Save4Scholarship' programme about four months ago, adding that the lender was satisfied with the success recorded so far.

He said the promo was meant to support government's activities in the education sector.

Okonkwo said these in Lagos while unveiling the fourth series of the Save4Scholarship scheme.

The CEO, who was represented by the Executive Director, Shared Services, Mrs. Chijioke Ugochukwu, said, 'The impact on savings has been very significant. What the bank is looking at is a way of touching Nigerians, especially our customers.'

Okonkwo, who said the impact of the initiative had been great both on quantitative and qualitative values, explained that funding was usually a challenge when people wanted some forms of education.

He added, 'Education is the platform for generational transformation everywhere in the world. And Nigeria is no exception.

'For somebody to grow up and say it was the money her mother won in the Save4Scholarship promo that was used to pay for her school fees would be the joy of the bank. For whatever you want to become in life, Fidelity Bank wants to be part of the dream being fulfilled in our lifetime.'