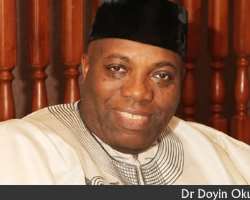 The actor, whose grandmother is half Nigerian, stated that acting or any role is about professionalism and he would accept any offer whole heartedly to act with the actress.

Morris noted that having the intention to act with her does not mean he has a crush on her, just that he has been a big fan of the actress and has been able to understand her kind of person compared to what several things that has been said about her.

According to him, “No, I don't have a crush on her. But as a producer and actor, I am a big fan of Tonto's; I love her as a person. Her acting skills and her personality are quite impressive. I only met her once and my assessment of her was contrary to all the negative reports out there about her. I see her as a very quiet and nice person and I think that people usually have issues with her because she is a very real individual who does what she wants without pretence. I am crazy about her and longing to work with her. I have actually tried to work with her twice but she had a very tight schedule on both occasions.”