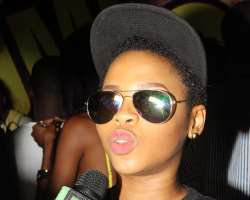 Jimmy's JumpOff is a musical platform which celebrates DJs and creativity in the entertainment industry. At the event guests were serenaded to tunes and nostalgic mixes from back in the day.

“Many thanks to everyone who came out. It was overwhelming as we got way more than we planned for," said Jimmy Jatt, curator of the event. "Special appreciation to my team and my sponsors- Smirnoff, Red Bull, Spinlet, Paragonis and Nelson Jack for making it a huge success."

Guests were treated to a memorable occasion at the arena which was filled to capacity. Artists who thrilled the crowd with electrifying performances are MI Abaga, Vector Tha Viper, Dammy Krane, Skales, Shaydee, Black Magic, Sound Sultan, Kaffy and Eva Alordiah.

About Jimmy Jatt
Jimmy Adewale Amu, popularly known as Cool DJ Jimmy Jatt is a renowned Disc Jockey who is known for setting the pace for Hip hop music in the country and beyond. An icon in the Nigerian entertainment industry, he has helped nurture many deejays amongst whom are DJ Waxxy, DJ Syl-D, DJ Funky J, Mix Master Tee, DJ Osar, DJ Hotega, DJ Tony Blaise, DJ XGee to mention a few. His first single 'Stylee' featuring Tu Face Idibia, Mode 9 and Elajoe enjoyed heavy airplay and the music video stayed on the MTV Africa countdown for weeks. This earned him several awards like Channel O Africa Music Video Award, Hip hop World Award, SoundCity Music Video Award, Nigerian Music Video Award and Nigerian Music Award nominations. He has an album 'The Definition' which is a mix tape featuring over 50 of Nigerian's best artistes. DJ Jimmy Jatt has a T.V programme called 'Jimmy's Jump Off' currently airing on local and international stations.