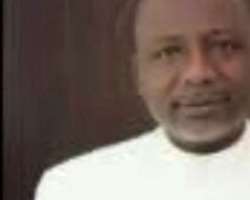 The Chief Executive Officer (CEO), African Movie Academy Awards (AMAA), Peace Anyiam-Osigwe is bereaved. She lost her elder brother, Michael Anyiam-Osigwe. He was shot dead on Saturday by armed robbers. Anyiam-Osigwe was shot on the chest between Okada and Benin Road in Edo State.

Although, he was rescued alive from the scene of the robbery operation, Anyiam-Osigwe eventually gave up the ghost at the hospital where he was rushed to.

Sources disclosed that Anyiam-Osigwe was on his way to Imo State when he was attacked. He was the arrowhead of the family's business empire. He was the coordinator of the Anyiam-Osigwe Group and Secretary to the Supervisory Board. He had a first degree in Economics and then a Masters Degree in Social Anthropology and Ethnomusicology from Goldsmiths College, University.