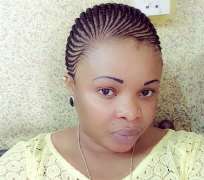 It was a day of joy for top Yoruba actress, Dayo Amusa as her movie, Unforgivable, grabbed five awards from the Yoruba Movie Academy Awards (YMA) that took place at WOCDIF Centre in Oshogbo, Osun State on Sunday, November 30, 2014.© 2014Nollywoodgists.com

The delectable actress was announced the Best Actress in a Lead Role for her part in her film, 'Unforgivable', while the movie emerged the Best Film of the year.

Mike Ezuruonye won the Best Cross Over Act award for his role in 'Unforgivable', while Desmond Elliot and Titilayo Shobo were announced as Achievement in Directing and Best Child Act winners respectively for their parts in the same movie.

The Most Promising Act award was won by Yewande Adekola for her role in 'Kudi Klepto' and Iyabo Ojo's Pinkies Foundation won the Achievement in Social Responsibility award.

The event was fun-filled as guest, who filled the hall to capacity, were entertained by several people who performed at the glamorous ceremony.'© 2014Nollywoodgists.com